Embark on a journey through Vietnam

Ho Chi Minh City is one of southeast Asia’s most dynamic metropolises, packed with museums, markets, parks, and wonderful restaurants. But as with any big city, it’s nice to escape for the day. A trip to the sprawling Mekong River Delta is a relaxing option if you want respite from the urban demands of Vietnam’s most populous city.

Known as Vietnam’s rice basket, the Mekong Delta is a network of tributaries between Ho Chi Minh City and Cambodia. Much of Vietnam’s livelihood revolves around the river – providing a main source of income for millions.

The delta provides endless opportunities to witness an authentic side of the country. Tours set off in early morning with a three-hour drive southwest through Ho Chi Minh’s suburbs, passing villages and rice paddies before arriving at a riverside quay and an awaiting river boat. 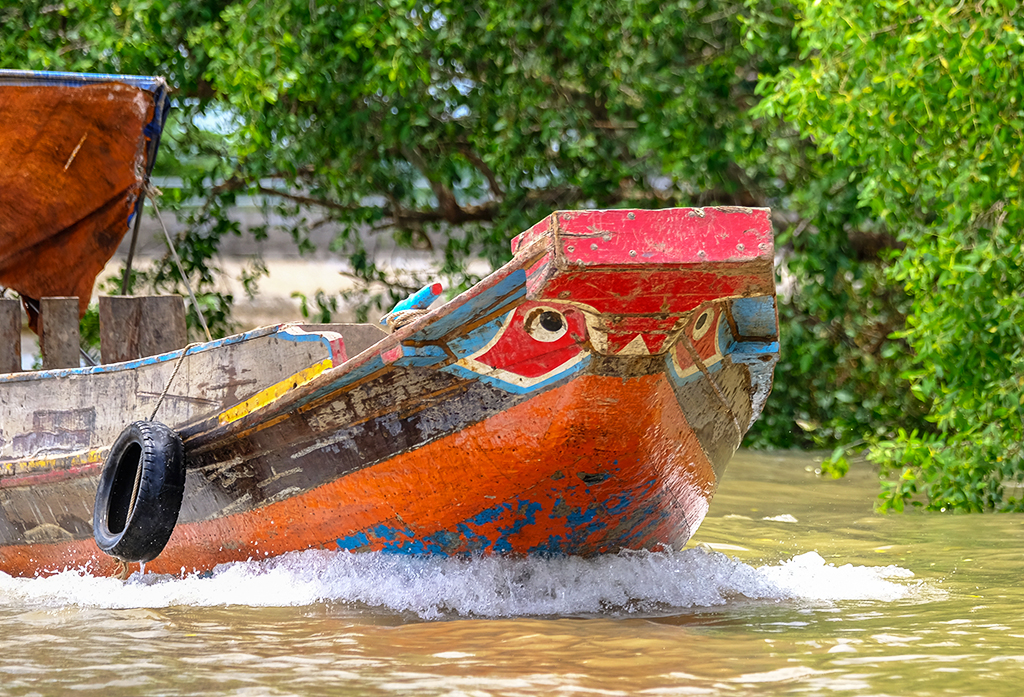 Binoculars at the ready

The first things you’ll notice are the giant “spirit eyes” painted on the front of the river boats, traditionally believed to scare off water monsters. Keep your own eyes peeled and scan the lush jungle, mangrove, orchards, and bamboo stands for any of the 250 bird species, including bulbuls, sun birds, herons, cormorants, and cranes, known to frequent the region. It’s very unlikely, although not impossible, that you’ll spot the endangered river dolphin, numbers of which have been increasing in recent years.

After a short voyage through narrow canals shaded by towering bamboo canes, you’ll alight at a little village where several traditional rural crafts are demonstrated. There’s no question that these are staged for tourists, but the methods and products are perfectly authentic. Handle a honeycomb teeming with bees and dripping with honey (the bees are apparently too distracted to sting you) and sample tea accordingly sweetened. Watch coconuts being split and drink the juice or indulge in (and purchase) the coconut candies made on the premises. 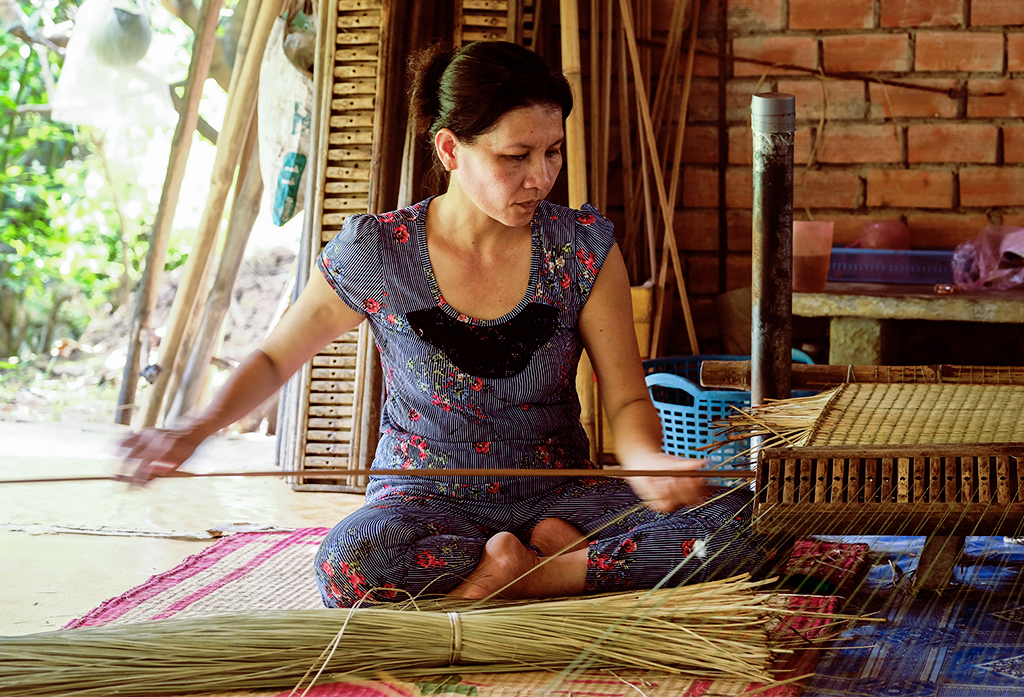 Weaving with bamboo, sampling honey straight from the hive, and watching coconut candies being made: These are some of the highlights of a Mekong Delta day tour.

Hop back on the boat, which then takes you to another village where you can sample some of the fresh fruits of the region, including rambutan, pomelo, pineapple, and bananas. There’s also an opportunity to try your hand at traditional bamboo weaving handicrafts. You won’t have time to make your own, but you can certainly purchase these very sustainable and attractive souvenirs. Woven sun hats and ornaments are also on offer.

A leisurely canoe ride through the backwaters and an exhilarating tuk-tuk ride through orchards and narrow country lanes transport you for an outdoor lunch of fresh fish steamed in banana leaves, rice, and various vegetables – washed down with a cold Saigon beer. Then it’s back on the boat to the bus and the ride back to Ho Chi Minh.

The tour described here was offered by Asian Trails. There are many operators in Ho Chi Minh City offering similar excursions.