Where architecture meets heritage in China

[↑] The area around the flamboyant W Xi’an Hotel by Marriott is one of the city’s most overtly modern building projects.

[↑] The Maike Business Center is a new city landmark where a soaring office tower and hotel are linked by bridges in the sky.

[↑] A modern circular structure in a Xi’an suburb close to a busy thoroughfare and apartment blocks, is inscribed with poetry from the Tsing Dynasty era – a thoughtful source of calming urban stress relief.

[↑] The spaces between the neat pavilions at the Stele Forest (Beilin) Museum are timelessly restful. By the way, the museum is housed in a former Confucian temple.

[↑] The YJY flagship bookstore at the Maike Business Center, designed by Tomoko Ikegai, is a booklover’s paradise as well as a showpiece of futuristic interior design. 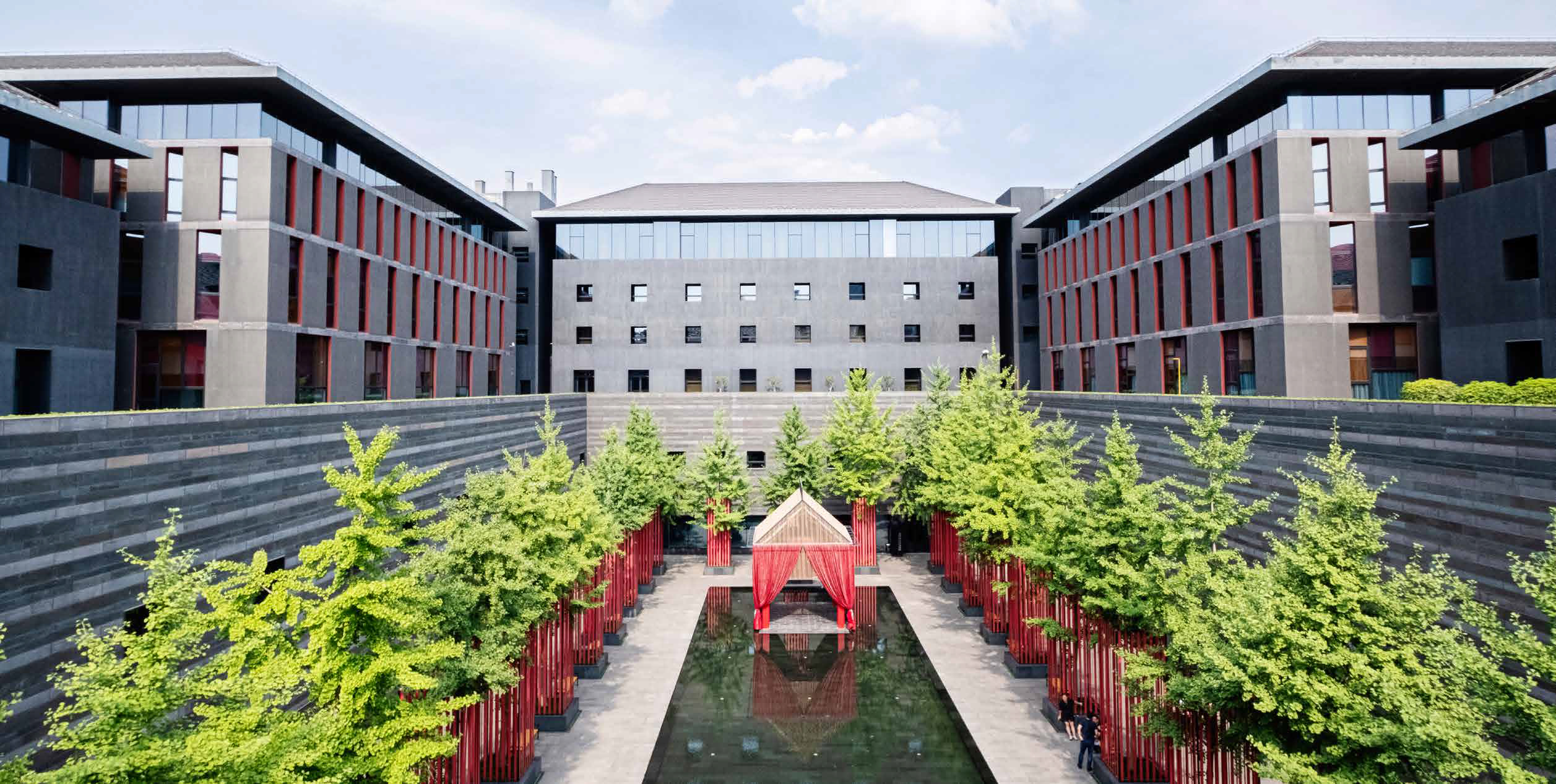 [↑] The courtyard at the Westin Hotel, with traditional wedding pavilion, was planned in an elegant symmetry by the Neri&Hu Design and Research Office.

[↑] Overwhelming, or exhilarating? Interior design has gone slightly crazy in the lobby at the W Xi’an Hotel, and dazzles arriving guests as they approach reception.

[↑] Traditional elements combined with modern elegance in the foyer lounge of the Hyatt Regency.