Your guide to Xi’an’s City Wall

Best known for its remarkable Terracotta Army, Xi’an has more to offer than the Chinese warriors. The City Wall is the perfect starting point to explore this ancient Chinese capital.

Like many Chinese cities, Xi’an shows its more modern face to the world. But this is the eastern hub of the ancient Silk Road, where significant reminders of an eventful history during which Xi’an was capital of all China for four dynasties remain scattered around the central districts contained within the rectangular City Wall. This robust structure, preserved and restored to its Ming Dynasty glory, is a major landmark, dictating the grid-like plan of the enclosed area. You can cover a fair distance within its boundary, and the grid pattern means it’s relatively easy to find your way around.

Many hotels provide bicycles for loan or hire and there is a good city bike system available. Bikes are a good option for traversing the Walled City and dropping in on its various attractions. It’s also a good choice for covering all or just some of the 14 kilometres of the wide, continuous pavement on the top. Bike hire stations are located on the top, usually near the main gates and stairways, but you can’t actually take your bikes up and down. A cycle ride around the crown has to be done separately from the one you might take down in the streets. The wall top is an atmospheric evening gathering place, too, with a string of red lanterns illuminated and the gate pavilions lavishly lit. Tickets to access the wall are around €6. Bike hire for three hours on the wall is a similar sum. 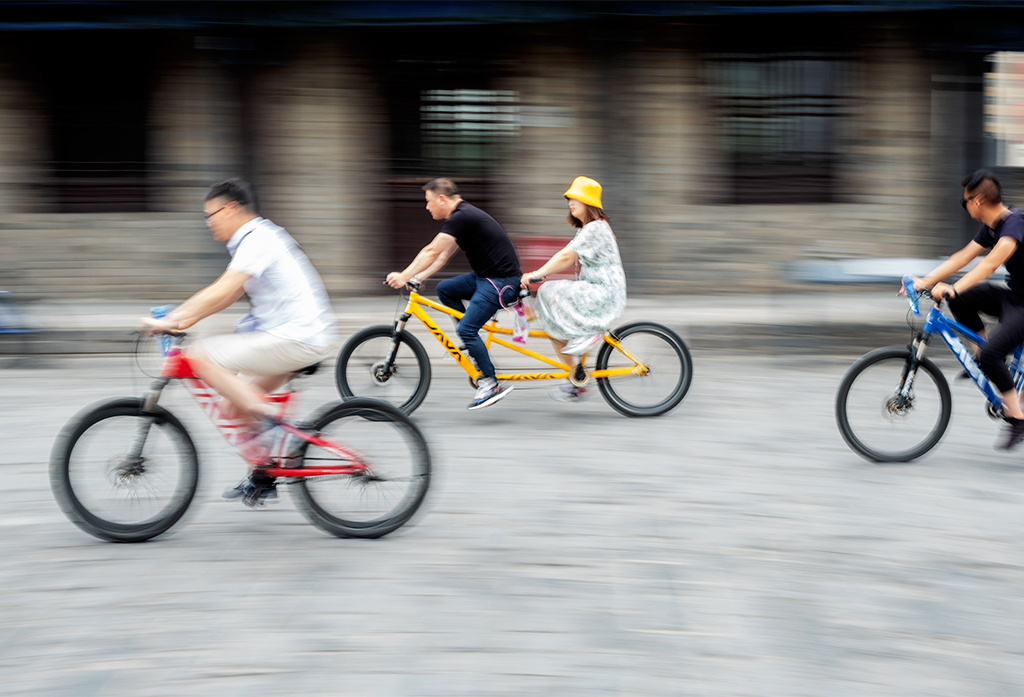 Chaos and calm in the Muslim District

Xi’an is home to up to 80,000 Muslims, another reminder of its historical Silk Road significance. The descendants of Islamic merchants and military from central Asia, this minority population occupies much of the northwest corner of the Walled City, a bustling zone of narrow streets and alleys, honking auto-rickshaws, and steamy restaurants emitting tempting spicy aromas. The district sprawls around the Grand Mosque, a calm haven built in classical Chinese-temple style in an exquisitely landscaped courtyard. Visit the Muslim Quarter just after dark to sample the atmosphere at its most cheerfully chaotic. Top dining tip: Try the soup dumplings, a dim sum-type dish that is packed with succulent flavour. 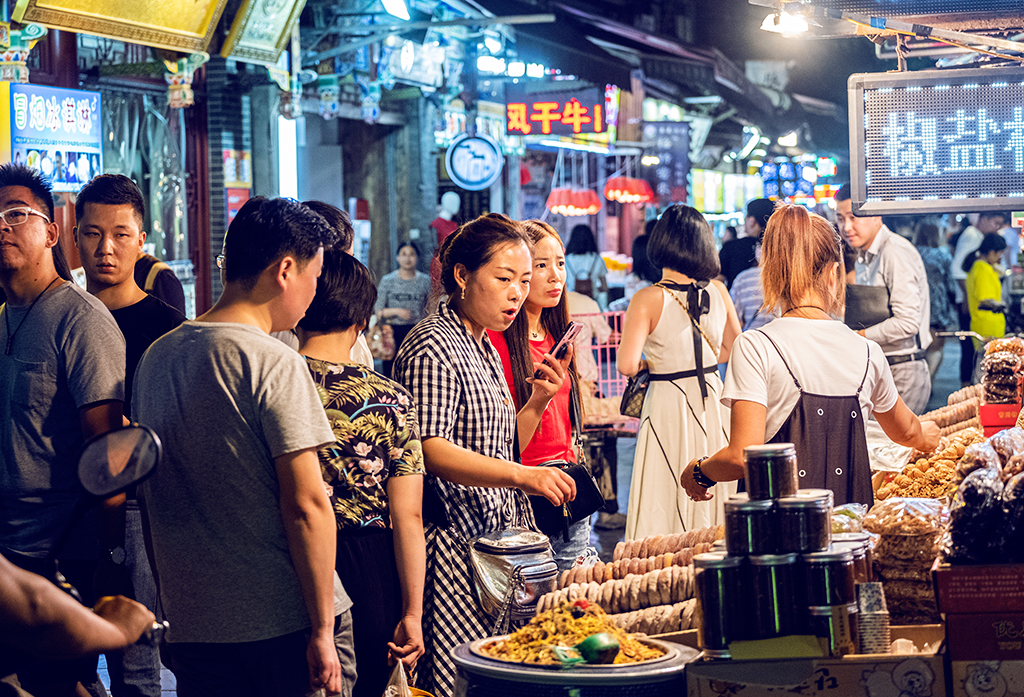 Sheltering in the shadow of a southeast section of the City Wall is the Culture Street, lined with boutiques, souvenir shops, and calligraphy studios. You can watch the artists at work and purchase their artfully scripted products, although it’s a good idea to be accompanied by someone who understands Chinese characters, so you know the meaning of your purchase! Calligraphy brushes and printing blocks also make quirky gifts or souvenirs, as do classic Chinese landscapes of pagodas and misty mountains. At the eastern end of the Culture Street is the entrance to the Stele Forest or Beilin Museum, a former temple and surrounding gardens offering respite from the frantic traffic. The museum was founded in the 11th century and contains around 3,000 steles, stone slabs or pillars bearing calligraphed inscriptions. 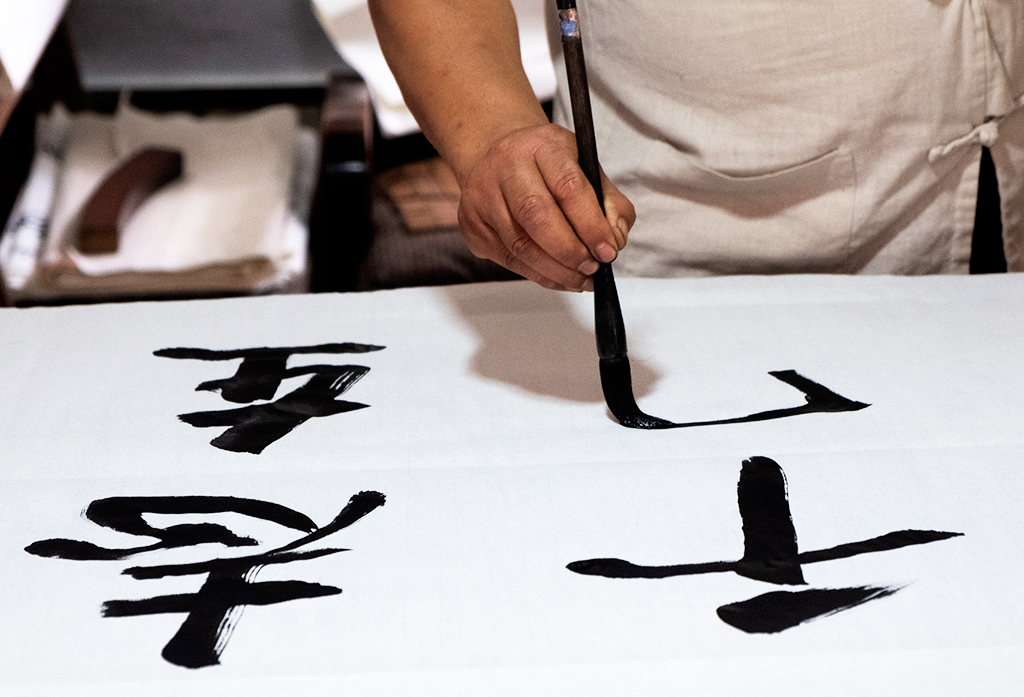 History and culture in Xi’an’s Culture Street, at the Beilin Museum (below left) and the Grand Mosque (below right).

All roads lead to the Bell Tower

The dominant central landmark of the Walled City, at the intersection of the four main roads on the grid, is the Bell Tower, a massive Ming Dynasty pavilion fabulously illuminated at night and adjacent to a wide plaza that draws the crowds at sunset. Traditionally used as a platform for distributing news as well as marking time as a clock tower, the monument is now open to visitors who admire the city views from the galleries. 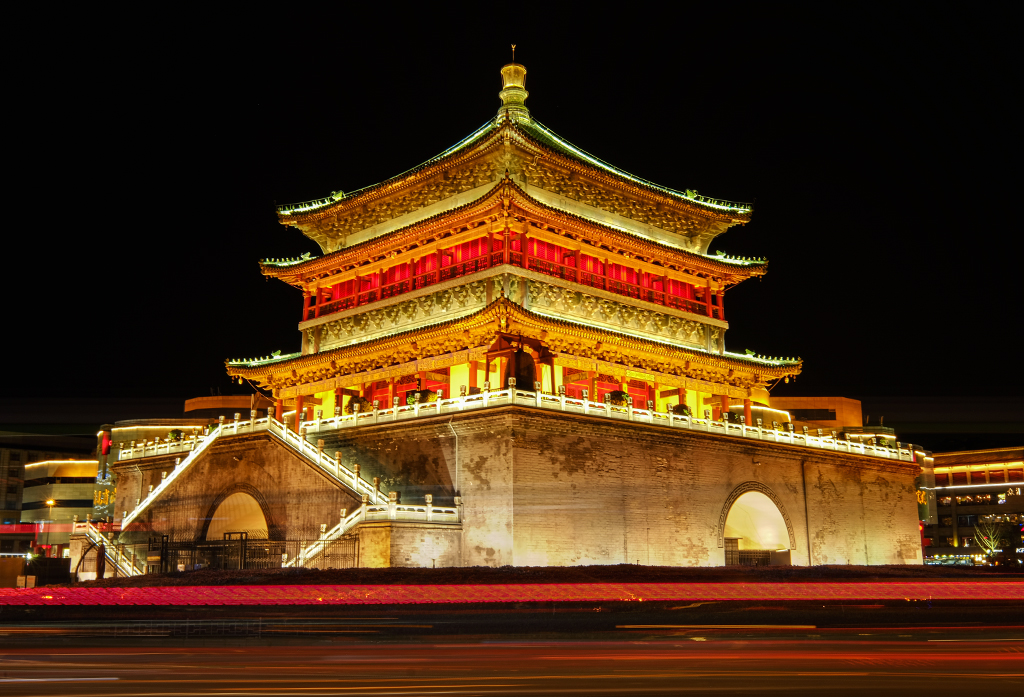