Three old villas get a new lease on life

Gone are the days of cosy clutter and shabby chic. Finland’s facelifted wooden villas are all about modern design and community spirit.

In the forest-filled north, wooden housing was the norm for centuries. Timber was abundant, and wooden homes provided clean air and a pest-free environment for residents. But, alas, many old wooden neighbourhoods were demolished to make way for concrete housing blocks or brick rowhouses during the housing boom of the 1960s and ’70s. Timber buildings fell upon tough times, with owners showing little interest in investing in the pricey upkeep of the crumbling beauties that survived the demolition spree.

But now some of Finland’s most visionary entrepreneurs, from restaurateurs to hotel owners, are rediscovering these grand dames of wooden architecture.

One of the pioneers of the wooden Renaissance is California-based entrepreneur Jyri Engeström, who was born in the “garden city” neighbourhood of Helsinki’s Käpylä, where each block used to comprise a little store or service alongside family living quarters.

Four years ago, Engeström got the idea of converting a space next to his childhood home into a neighbourhood meeting place. Wanting to reawaken the old village-like feel of the area, Engeström and his partner Caterina Fake renovated the building and opened summer café Siili in a tiny cellar space. 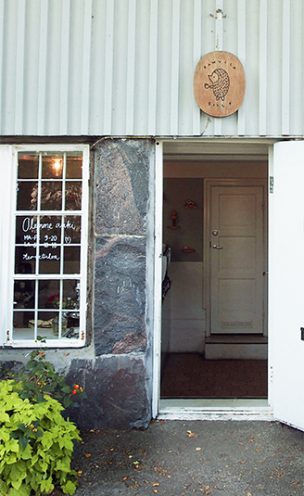 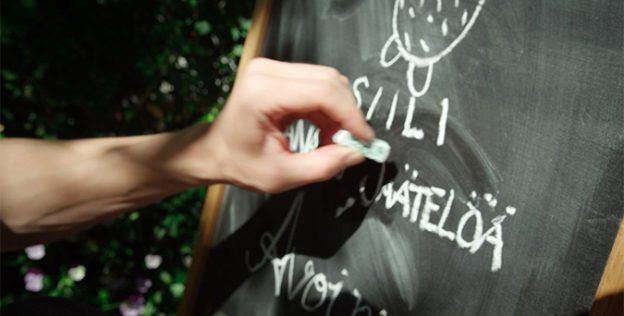 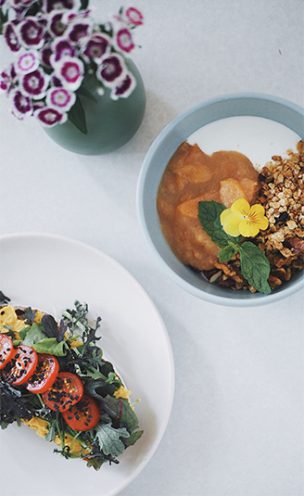 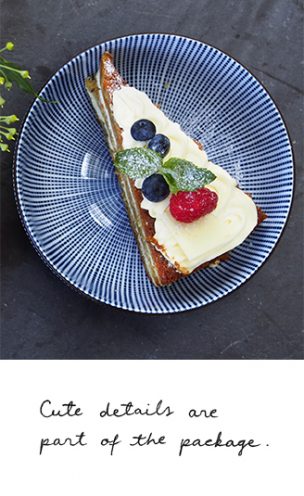 The old 1920s space formerly housed a milk shop and a community sauna but had been kept as a storeroom for years after they were closed down, and its renovation was no easy affair. Not wanting to cut corners, Engeström and Fake teamed up with Studio Puisto, the architects behind many of Finland’s most interesting hotel openings, as well as quirky designer duo Aamu Song and Johan Olin. The result echoes the artisan spirit of today, coupled with respect for history and a modern, warm touch.

“In Siili we found a way to build a community in real life.”

Community is at the heart of everything for Engeström, founder of services such as the Jaiku online community. The same goes for Fake, co-founder of the Flickr image sharing service.

“We have both been community builders online, but with Siili we found a way to do it in real life as well,” says Engeström.

Though Siili was born as a neighbourhood meeting place, the little café soon attracted people from all over Helsinki. With just eight seats indoors and another eight out in the garden, the micro-café is tiny, but that’s part of its charm.

“But when we spent time in the old town, we noticed how lots of the cafés and hotels were stuck in a time warp. Decorating with antiques and serving old-fashioned food is not the only way to respect history,” he muses.

A short hop from Helsinki, the old town of Porvoo is dotted with well-preserved timber buildings dating back to the 18th and 19th centuries, making it a favourite day outing for travellers. It’s also a great spot for ambitious restaurateurs such as Riku and Johanna Stenros, who moved from Helsinki to Porvoo 16 years ago.

As the owner of several restaurants in Helsinki, Riku Stenros initially had no ambition to open another in his new home town. 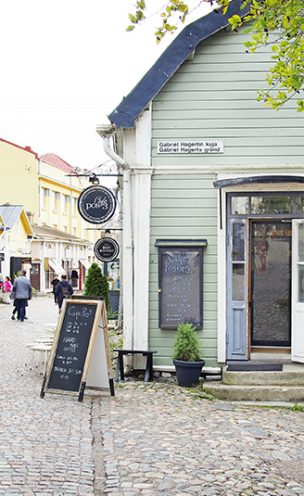 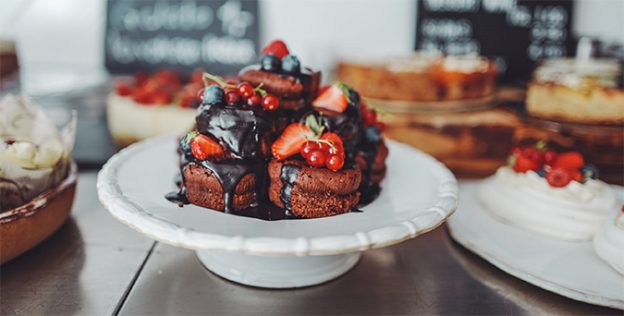 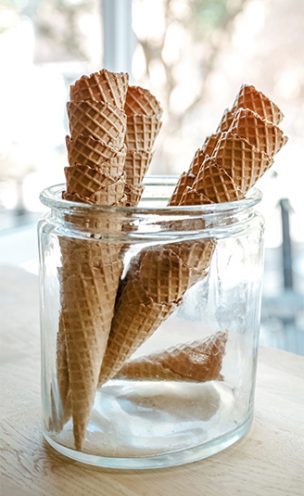 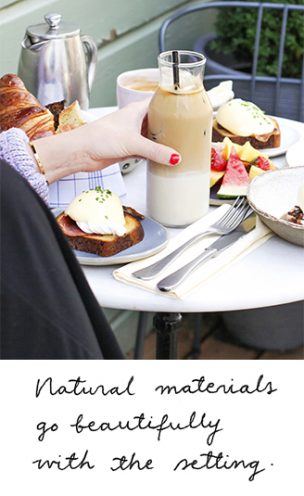 In 2016, the couple teamed up with top chef Simona Milazzo to open Café Postres in Porvoo’s old town. First opened as an artisan café specialising in ice creams, brunch and lunch were soon added to the menu.

With light green exteriors and large slanted windows overlooking the cobblestone street, the building was a private residence until the 1970s, at which point it was abandoned like many other buildings in Porvoo.

“You know an old wooden house is healthy when your toes are freezing.”

Like all of old Porvoo, the house is a heritage site protected by the National Board of Antiquities, so structural alterations needed to be minimal. Instead of initiating a total overhaul, Stenros and his team strove to rejuvenate the original materials that had been covered up over the years.

“You should never insulate anything in this kind of house. It should be allowed to breathe. You know that an old wooden house is healthy when your toes are freezing in winter,” he says.

The original spirit of the house also guided the team’s aesthetic choices. The visual palette consists of natural materials such as leather, wood, and clay, with local artisans adding a unique, hand-crafted touch.

But the best part of a wooden house comes naturally with the package: “It’s the atmosphere, the scents, and the sounds. And the house keeps changing and adapting to its inhabitants.”

Minimalist of the spa town

Hanko’s Villa Solgården is a hub of peace and calm.

While Käpylä and Porvoo are small and sweet, more striking wooden villas can be found in the west-coast town of Hanko. A spa town since the 1800s, Hanko formerly accommodated spa visitors in quaint guesthouses during the summer season, while more affluent families built their own grand villas, which remain landmarks to this day.

One recently reopened guesthouse has shaken things up thanks to Staffan Tallqvist and his opportune timing.

Tallqvist first bought the house as a future summer villa for his three children. While waiting for them to grow up, he decided to renovate the place to serve as a guesthouse, which was opened during summer of 2015. 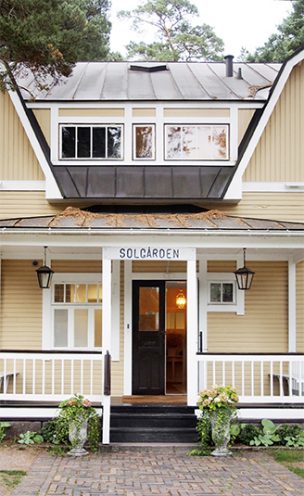 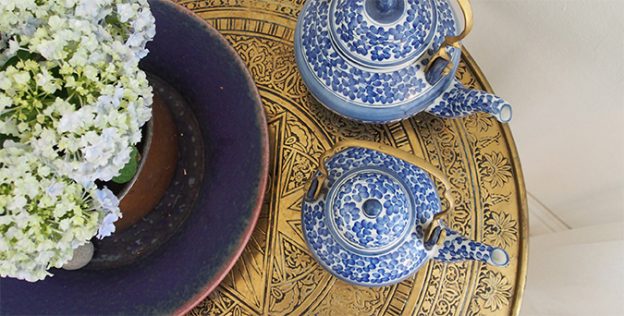 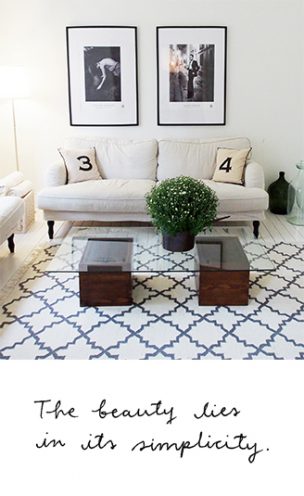 Originally built in 1904, Villa Solgården represents the more modern end of Hanko’s wooden architecture with its mansard roof and undecorated façade. Its beauty lies in its simplicity and its spacious, light rooms. These were also the key elements architect Joanna Maury sought to emphasise in the renovations, in which three layers of plastic carpet were removed to reveal beautiful wooden flooring. The walls and staircases meanwhile underwent minimal changes to maintain the old atmosphere.

The rule of simplicity has been followed to a T in the spacious living room and kitchen area, as well as in the 16 cosy, white rooms containing only the essentials.

“People always associate the word ‘cosy’ with shabby, but here the home-like feel comes from the simple style and relaxed atmosphere,” he says.

Like most of Hanko, Solgården caters to summer visitors from May to September. In winter, the old house hibernates, the freezing temperatures keeping mould at bay.

And it looks like visitors can look forward to plenty of future summers at Solgården. Tallqvist recently decided that perhaps his children might want to choose their own summer hideaways. Solgården will thus remain a guesthouse, keeping alive the spa town tradition and providing fresh air and peace for many seasons to come.

Where to indulge your sweet tooth in Finland
Get a taste of nautical Helsinki
On the road with a travel blogger
Meet the rising stars of Finnish men’s fashion
Peek inside the life of a museum curator
May events guide to food, music, and culture