The secret to Milan’s slow-rising loaf

When it comes to grain products, Italy is known for its fresh pasta, pizzas, and focaccia. Now the bread scene in Milan is catching up – and we’re not talking about just any bread.

In the lively Lazzaretto district, the aroma of freshly baked goods wafts temptingly on every street corner. One corner in particular has been catching the attention of locals recently: It’s the location of Forno Collettivo, the closest thing to heaven for people who like their morning coffee with hot bread straight out of the oven.

Davide Martelli and Alessandro Longhin are shaking up Milan’s food scene faster than your average Italian can down an espresso. First, they started distilling their own gin. Then the dynamic culinary duo became interested in beer, fermentation in general, and eventually bread. With the help of Italian food journalist Laura Lazzaroni, the concept of Forno Collettivo came together quickly.

When the time came to bake, Carol Choi entered the picture. The ex-Noma chef and baker at Manfreds and Mirabelle in Copenhagen developed tasty, wholesome, and aromatic breads by adjusting the perfect amount of heirloom and modern grains.

The bakery is on a mission to introduce bread that is not yet known widely in Italy. Spreading the joy of sourdough bread has turned out to be rather easy.

“There just happens to be a lot of heirloom grains and small producers in Italy. That helps our job,” says Sophia Ohligs, one of the passionate bakers at Forno Collettivo. The return of the slow-rising loaf has been welcomed warmly by locals, who appreciate that a complex, quality loaf can’t be hurried along.

“Whenever I worked up front, our elderly regulars would thank us for bringing back the bread they grew up with,” Choi says. 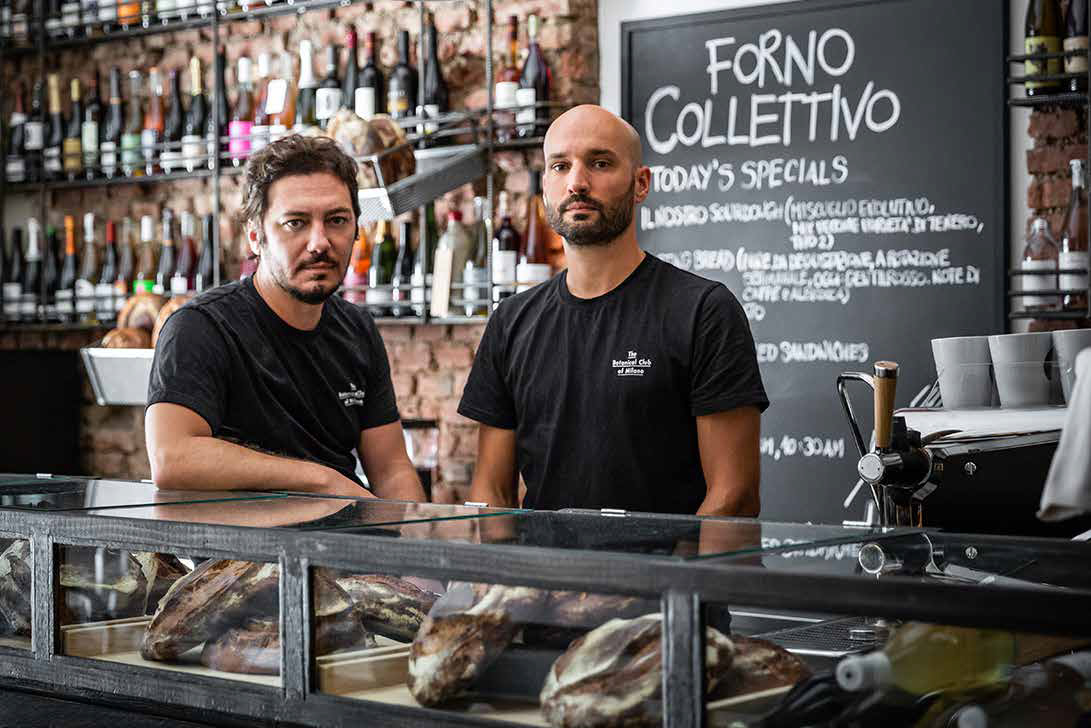 Off the eaten path in Bologna
Best of indie fashion in Milan
Quick guide to Florence for fashionistas
Fashion tour of Milan amidst treasure troves of hi...
Take a bite out of Rome’s new street food scene
Where in the world