Brewing up a revolution

This Helsinki microbrewery is getting creative with bread.

“We replace some of the malt barley with bread that would otherwise go to waste,” explains beer master Juha Sinisalo. “It’s mainly rye sourdough, which adds a bit of tang to the taste.”

According to the label, Jämä (“Leftover”) is hand-crafted recycled speciality bread beer containing “bakery surplus bread and a pinch of environmental ideology.”

Sinisalo adds, “The bigger idea here is to help save the planet, so we’re also working on projects to use the spent barley to make bread. That way nothing gets wasted.”

“We replace some of the malt barley with bread that would otherwise go to waste.”

The bread is supplied by Finland’s oldest national bakery, Vaasan.

“They had a lot of bread going to waste because when they start a production line, the first loaves aren’t perfect and can’t be sold. They’re happy if we can take it off their hands,” he says.

Sinisalo started making beer as a hobby at home. In 2016, he left his software job and made the first Brewniverse test batch with a friend, Jani Poutiainen. 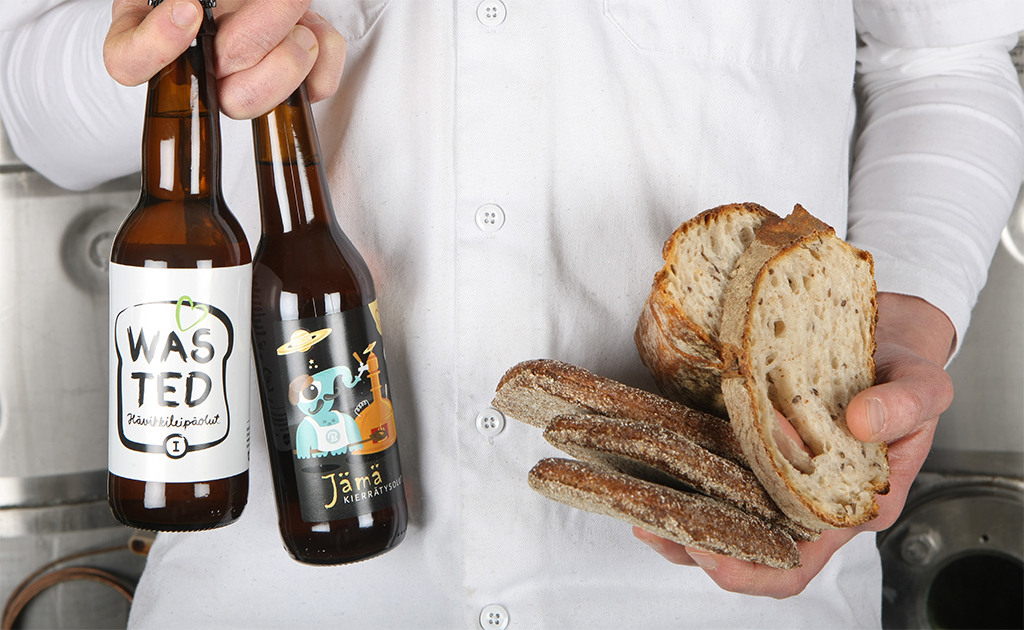 After a successful crowdfunding effort, the duo produced their first commercial batch in 2017, which was followed by Jämä early this year.

While many craft beers include exotic ingredients, Brewniverse keeps it simple.

“We figure making beer with surplus bread is odd enough. We wanted to just put the idea in the bottle and have it be flavourful, easy-drinking, and approachable,” says Sinisalo.

Brewniverse beers are available at select ­restaurants, bars, and grocery stores in the Helsinki area, expanding to other cities soon.

Juha Sinisalo left his IT job to go into microbrewing.

Juha Sinisalo left his IT job to go into microbrewing.