Chef and entrepreneur Marcos Gois puts a fresh spin on the Japanese classic with Nordic and Iberian notes.

Rolling Stones guitarist Keith Richards is said to sleep with his guitars in case a musical brainstorm hits him in his sleep. Chef Marcos Gois keeps a notebook by his bed for exactly the same reason – but the chords he composes are the culinary kind.

“My brightest ideas come to me just before I fall asleep,” says the classically trained chef, whose dishes are surprising cultural hybrids – much like himself.

Born to a Portuguese father and Finnish mother, Gois grew up splitting his time between Helsinki and Madeira, where his grandmother “cooked such delicious food I always returned five kilogrammes fatter!”

But it was while sampling “the perfect soup” in London that the avid traveller experienced an epiphany: ramen! Here was the ultimate blank canvas for culinary improvisation. 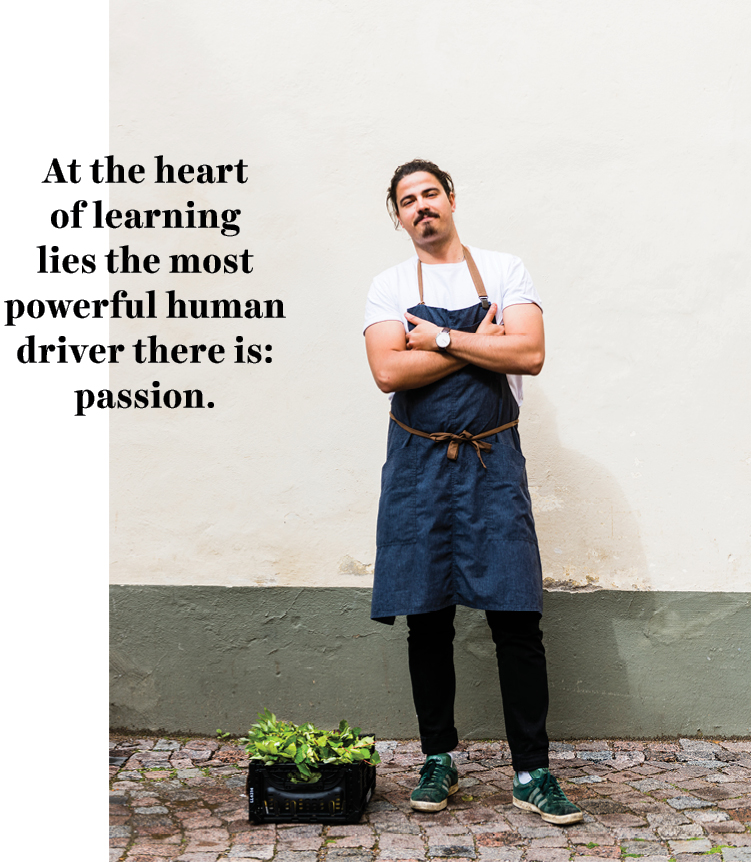 In 2015, aged 23, he founded Fat Ramen, Helsinki’s first eatery dedicated exclusively to noodle soups. A smash hit from day one, it continues to draw hungry crowds every lunch hour for what is praised by patrons as the best ramen outside Asia.

Forget quickie noodles in crinkly bags: We’re talking melt-in-the mouth, hand-pulled noodles served in rich gourmet broth such as tonkotsu, which takes up to 14 hours to prepare. The aromatic broth is made from carefully selected meaty pork bones that are cooked overnight, meticulously straining all impurities.

“Crafting a great broth from scratch takes a lot of patience – even though it’s slurped up in less than five minutes,” says Gois, who describes ramen as “slow-cooked fast food.”

HAPPINESS IN A BOWL

Looking casual in a black t-shirt and sporting a loose hair bun, Gois has a laid-back manner that belies a perfectionist of the highest order. He is fanatical about sourcing only the freshest seasonal ingredients from local farms and goes foraging early in the morning before his workday.

“There are so many great wild herbs at this time of year. Garlic mustard adds great notes to broths, and meadowsweet is wonderful infused in sorbet,” muses Gois, whose dishes reflect his “criss-crossed” identity.

“I like to put my own spin on Asian fare, for instance by dressing cauliflower ramen in Iberian-style salsa verde, or by making noodles from Finnish rye,” he says.With the ramen boom nearing a global obsession, can Gois – Helsinki’s own ramen revolutionary – explain why everyone is suddenly salivating over a dish as humble as noodles and broth?

“Ramen is happiness in a bowl! Any time of day, the broth simply makes love to your stomach,” he enthuses.

“Ramen has everything from carbs to protein, and the broth can be varied endlessly. You can go meaty or make a umami bomb with mushrooms. I’m currently working on vegan options using organic soy milk as a broth component,” says Gois. 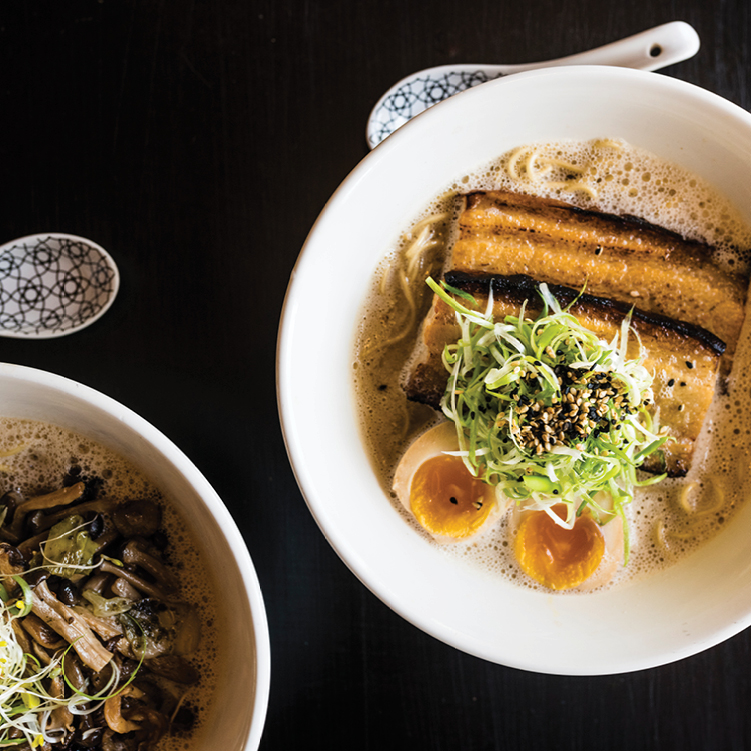 Ever the trend-setter, Gois has newly opened a second restaurant, Gohan, in Helsinki, which serves an unfussy, seasonal winebar menu and a bento box-inspired lunch tray (the classic Japanese lunch box packed with rice and various okazu, or side dishes).

“Like Fat Ramen, the new restaurant is a hybrid that offers me a fresh challenge. We’re doing interesting things with fermenting, pickling and drying at Gohan,” says the 27-year-old owner of an expanding culinary empire, which also includes an artisan-driven catering company called Ruoto.

When not foraging or improvising in the kitchen, Gois is often travelling. “I’m always thinking about how I can translate new food trends for Helsinki. I like to push boundaries and bring fresh ideas to my city.”

My favourite dish “Nothing beats a hearty pork ramen soup on a rainy day. For a Portuguese delicacy, I enjoy a nice escabeche of seafood.”

My boldest move “Committing myself 100 per cent to my own business at a relatively early stage of my career.”

My secret talent “I have a photographic memory of maps. I’m good at geography.”

My life lesson “Never tell yourself that something is impossible. There might be problems, but problems can be fixed. Failing is useful. It makes you grow and develop empathy.”

My favourite dish “Nothing beats a hearty pork ramen soup on a rainy day. For a Portuguese delicacy, I enjoy a nice escabeche of seafood.”

My boldest move “Committing myself 100 per cent to my own business at a relatively early stage of my career.”

My secret talent “I have a photographic memory of maps. I’m good at geography.”

My life lesson “Never tell yourself that something is impossible. There might be problems, but problems can be fixed. Failing is useful. It makes you grow and develop empathy.”

Brewing up a revolution
Good to know
Why Nordic flowers are hot stuff
Did you say Finnish tea ritual?
3 lessons from Helsinki’s coding school CEO Oona Y...
Meet the boardroom bohemian of Helsinki