The Danish-Swedish couple behind Green Kitchen Stories encourage families to rethink what eating as a family means.

At first, it is hard to believe that this is where the magic happens. That this regular kitchen in a Stockholm flat is the epicentre of something that can be likened to the world-wide vegetarian food movement.

No flashy photo studios. No test kitchens with professional chefs and stylists. Just Luise Vindahl and David Frenkiel, with the occasional help from their young children Elsa, Isac, and Noah, cooking food in their own kitchen. Tried, tested, and photographed at home. And yet, a wide-spread international impact that has resulted in an immensely popular blog, five cookbooks in 13 languages, a recipe app, a YouTube channel, and a fan base with over half a million combined followers on Instagram. 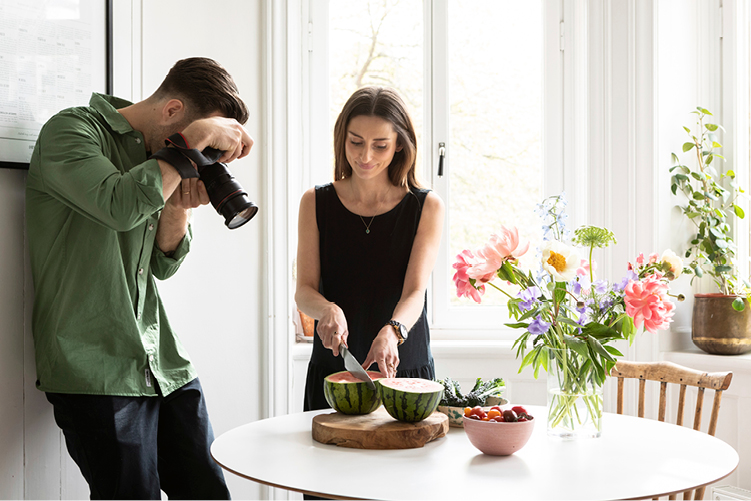 The photos are taken by David and styled by Luise in their home kitchen in Stockholm.

In 2009, David and Luise set up Green Kitchen Stories as a way to explore their joint love for vegetarian food and a way to collect the recipes they created. But another little-known reason for founding the blog was the fact that Luise was carrying the couple’s first child.

A detailed blog post outlines the couple’s thoughts and observations from the first eighteen months of Elsa’s life, which revolved around a whole foods diet with a low intake of dairy, gluten, and sugar. “Elsa was three when she had her first ice cream,” recalls David. “We were pretty rigid back then, and things have changed slightly with the birth of our two other children. But the underlying philosophy remains.”

With five cookbooks under their belt, the latest one has proved to be the most difficult to write. Little Green Kitchen, which is about modern and healthy plant-based meals for the whole family, has been a decade in the making. “What you choose to feed your child is very personal,” reflects Luise. “In this book, we hope to challenge both families who are new to the concept of healthy eating, as well as those who already have a consciousness around their diet.” 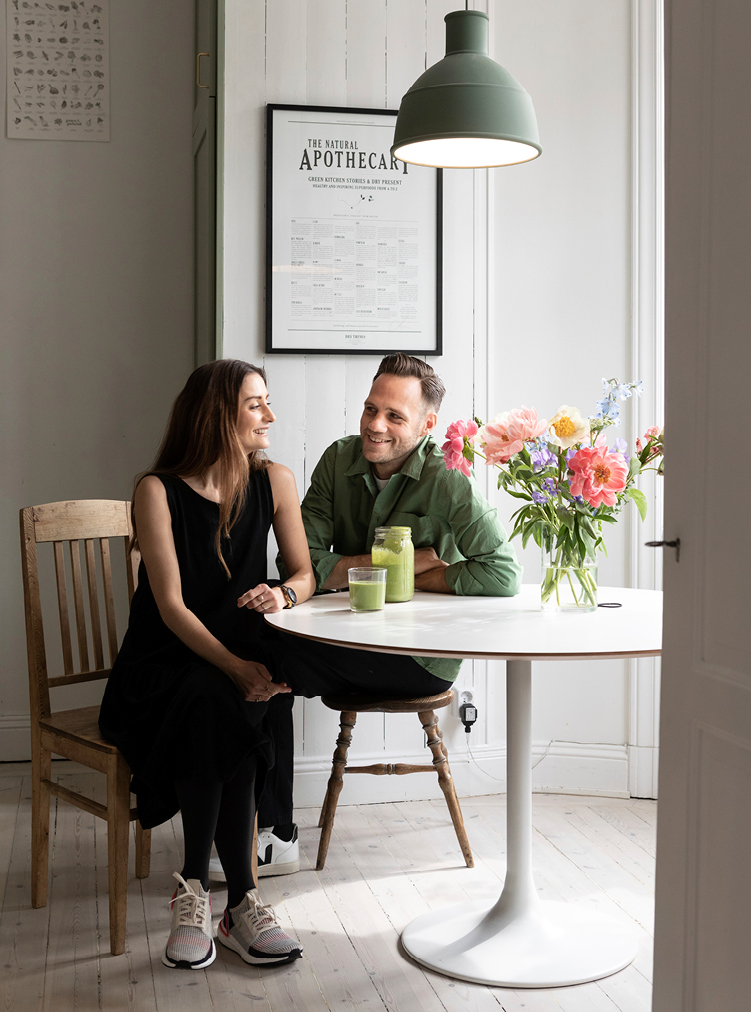 Neither Luise Vindahl, a nutritional therapist, nor David Frenkiel, an art director, could ever have imagined that a blind date in Rome would lead to the widely successful Green Kitchen Stories.

Luise and David feel that introducing children to a proper diet is a fundamental part of child-rearing. “In the same way as you would teach your child to brush his or her teeth every morning and evening, food is also part of a child’s education,” says Luise. “It is something you practice every day.”

Fully aware of the constraints and challenges of family life, Luise and David attest that delicious and nutritious food doesn’t have to be time-consuming or expensive. “A home-cooked meal does take longer than take-out or semi-manufactured, but there are plenty of tricks to speed up the cooking process. Spending a few hours once a week on food prep, for instance, is great. Just open the fridge, take out the pre-peeled veggies, and throw them into the oven,” says Luise. “And skip that particular trendy hempseed and go for organic frozen veggies that cost hardly anything.”

Cheat meals “Each Friday, we do something called ‘Cosy Fridays,’ where the kids get to pick a special treat. So if they have mentioned ice cream during the week, that is when we will have it. We just make sure to monitor the intake of any off-limit treats.”

Off limits “Soda. That is where we draw the line.”

Budget tip “Look out for seasonal produce, you’ll always get a better deal. We’re also fans of frozen fruits and vegetables, as they were harvested and frozen at peak ripeness.”

Cheat meals “Each Friday, we do something called ‘Cosy Fridays,’ where the kids get to pick a special treat. So if they have mentioned ice cream during the week, that is when we will have it. We just make sure to monitor the intake of any off-limit treats.”

Off limits “Soda. That is where we draw the line.”

Budget tip “Look out for seasonal produce, you’ll always get a better deal. We’re also fans of frozen fruits and vegetables, as they were harvested and frozen at peak ripeness.”

Who’s the new voice of art?