It was the desire to escape her computer that sparked Kreetta Järvenpää’s interest in devoting more time to arts and crafts.

After eight years of working as a resident photographer in a publishing house, Järvenpää decided to go freelance in 2014 – and that’s when everything changed. “I suddenly had much more time on my hands,” she explains.

Everything changed when Järvenpää went freelance and found an inspiring studio space.

A few years ago, Järvenpää decided that she wanted to learn more about working with flowers. She looked for courses in floral design, but found there was no one organising them in Finland, so she decided to take matters into her own hands. “I teamed up with experienced floral designers and started running courses in my studio. I taught photography and helped the students take pictures of their final assembly,” she says.

At the Cable Factory, a large cultural centre in Helsinki, Mia Pitkänen and Riitu Uosukainen have been running pottery workshops at Septaria for 17 years. Owned by clay and pottery equipment retailer Kerasil, the studio is usually filled by regulars who often come in daily, but lately there has been a surge of younger people who join an after-work class to learn the art of hand building or wheel throwing.

Aleksi Pehmuste and Erika Haavisto, regulars at Septaria, are hooked on working with clay. Both creatives – Pehmuste is a graphic designer and coder while Haavisto is a documentarian – describe the enjoyable sense of calm they experience when they concentrate on crafting ceramic vases and plates by hand.

Septaria holds an open workshop from Monday to Friday and organises evening and weekend pottery courses.

The power of handcrafting is also a source of strength for Aini Mäensivu. “I am one of those people who put a lot of effort into making envelopes and Christmas cards look pretty. When I stumbled on modern calligraphy I realised that the thing I loved had a name, and I was instantly hooked,” she recalls.

“When I have my paper and pen in front of me, I instantly feel at peace,” says Aini Mäensivu.

To motivate herself further she took part in a charity project by working on calligraphy commissions and raising 6,000 euros for a charity in Nepal along the way. “When the project finished I knew I wanted to keep on doing it because I loved it so much.” Mäensivu set up her company Script Creative and started providing clients with hand-lettered products and event services. In 2017 she held her first modern calligraphy workshop during Helsinki Design Week, which quickly sold out.

Mäensivu has continued with monthly courses and has started to offer more advanced workshops. She is also planning the launch of a new online shop selling calligraphy equipment and starter kits.

Aini Mäensivu teaches modern calligraphy in the centre of Helsinki and sells starter kits through her website Script Creative. 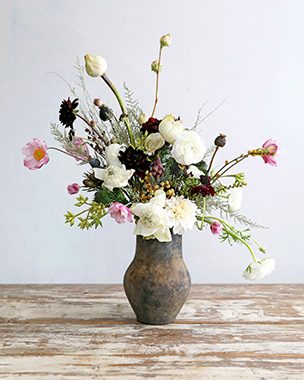 Love of art and flowers led photographer Kreetta Järvenpää towards a new career. 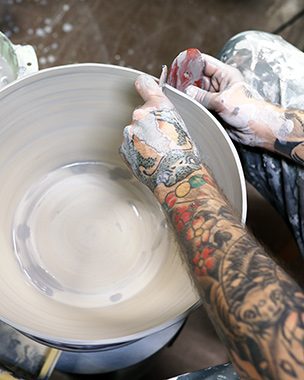 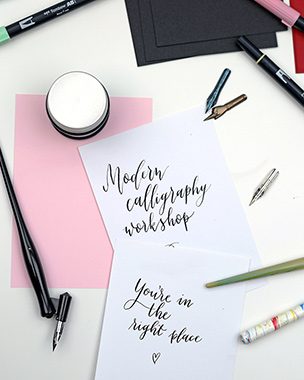 Modern calligraphy is a freer form of the traditional copperplate technique.

Confessions of a landscape architect
How to live a good life?
7 things to do in Finland to beat the winter blues
What’s up in August in Finland
What’s hot right now in steam therapy?
Dare to take the polar plunge in Finland