What we can learn from dancers

We meet four Nordic artists who challenge the myth that dancers should suffer for their art.

For an art form that looks effortless, dance can take an extreme toll on the physique. From torn hamstrings to bruised feet, many professional dancers suffer chronic aches and recurrent injuries. Pain comes with the territory – or so the myth goes.

So beautiful it hurts

Harriet Rautio, a member of New York’s acclaimed Laurie De Vito Dance Company, represents an outspoken generation who believe that dancing should be as painless as walking. “It should be about loving your body – not punishing it,” she declares.

But this discovery came painfully late. Bitten by the dance bug at an early age, Rautio left ­Finland at 16 to study dance in Stockholm, where she developed a fluid style that masked a string of agonising ailments triggered by her gruelling regimen. 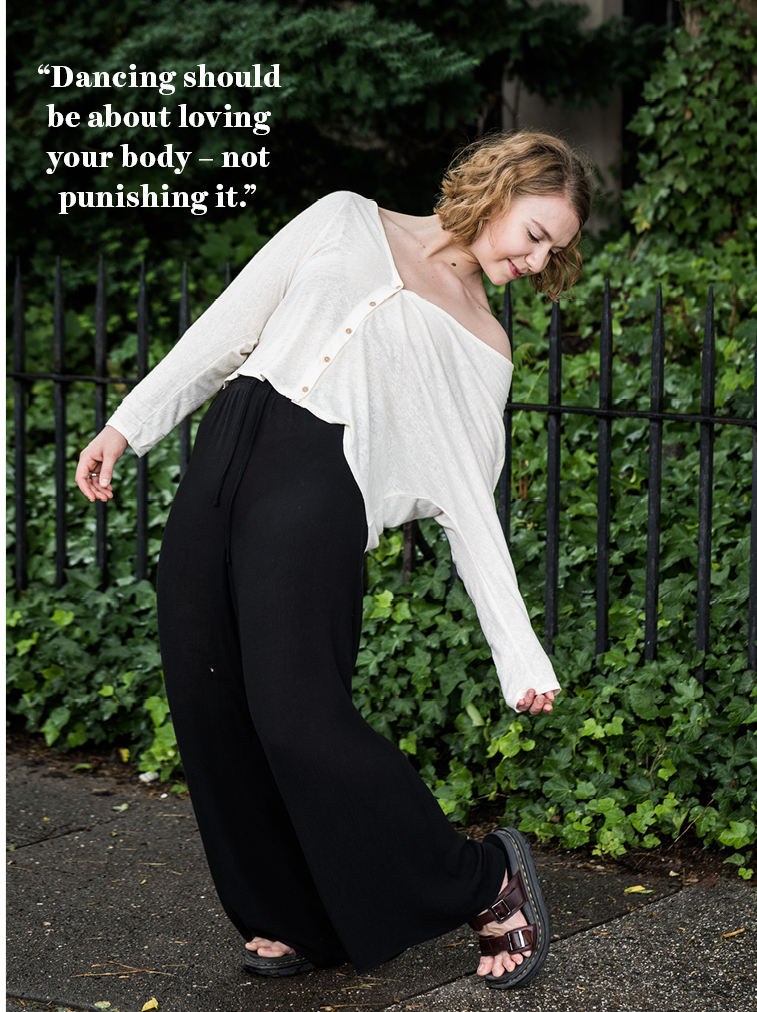 After relocating to New York five years ago, she decided to stop smiling through the pain and address the root cause of her discomfort. Dancing through pain can lead to permanent injury and even premature retirement. “These days, dancers want to stay active longer, so they want to move somatically, listening to their bodies,” she adds.

To stay in condition, Rautio attends regular physical therapy and pays careful attention to warming up and cooling down properly. She also swears by a traditional Finnish healing method known as “Kalevala bone setting,” a holistic treatment for tension and skeletal misalignment.

“This autumn I’ll be starting my studies in bone-setting to eventually help my colleagues avoid the pain I’ve experienced. Dancing isn’t supposed to hurt!”

What do you get when you put together two Swedish circus artists and a Chinese pole? Answer: Baltic Seamen Co., a dance duo that transforms acrobatics into a surprisingly sensuous art form.

Friends since high school, Adde Lindström and Nilas Kronlid began improvising on the pole “just for laughs” after graduating from the Stockholm University of Dance and Circus. But what exactly makes their style of art “dance” rather than circus?

“Our act doesn’t focus on tricks. It’s about organic flow…” describes Kronlid, “…and how our movements are woven together,” adds Lindström, “…in playful symbiosis!” sums up Kronlid. 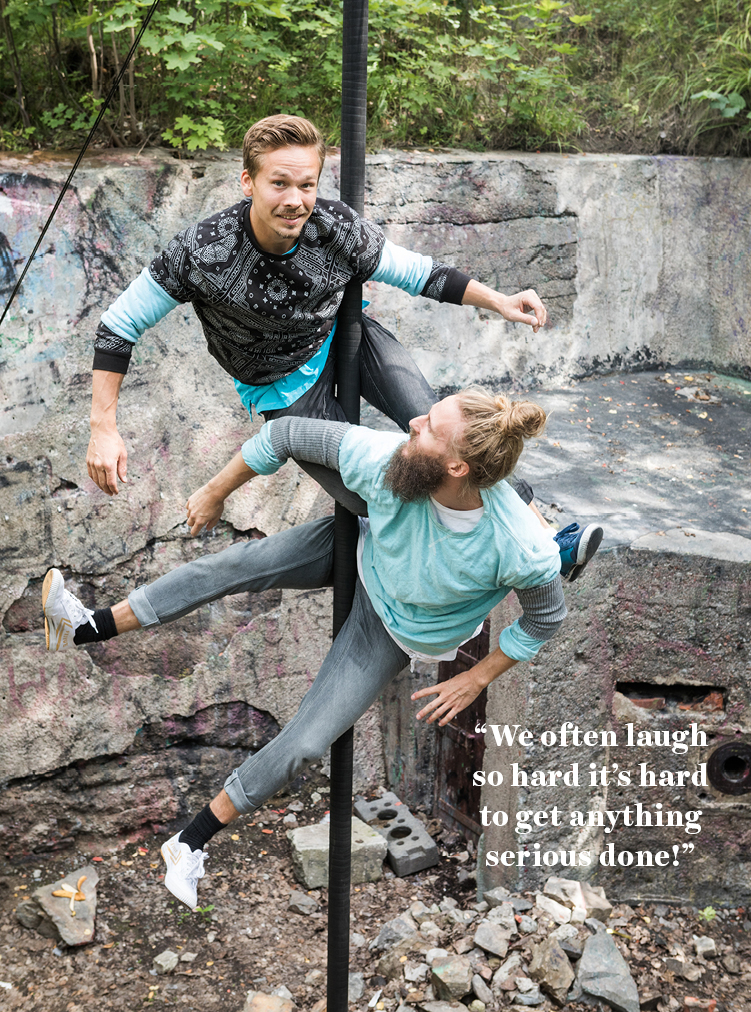 The friends finish off each other’s sentences both in real life and on the pole, where mutual trust and perfect timing are critical. If either one misses a cue, the other falls down.

Hanging from a rotating pole requires flawless command of technique and tremendous core strength. “After just five minutes on the pole, you’re totally beat!” says Kronlid. To stay in shape, they do weights and train up to five hours per day. At the age of 32, both are mindful of respecting their bodies, as many circus artists retire before the age of 30.

Both believe that dancing should be a joyful experience, not just a feat of mental toughness. “We perform because we have fun together…” says Lindström, with Kronlid finishing off: “We often laugh so hard it’s hard to get anything serious done!”

The American choreographer Martha Graham once described dancers as “athletes of God.” The epithet certainly fits Finnish choreographer Virpi Pahkinen, who views dance as “a physical exercise of spirituality.”

“When I began dancing as a teenager, I used physicality as a way to sweat off my existential angst. These days I dance not to forget God, but to connect with my spirit,” describes the 52-year-old Stockholm-based artist.

One of Scandinavia’s most successful solo dancers, Pahkinen has met with critical international acclaim. Rocking a fierce hairstyle that says, “don’t mess with me,” she has the appearance of a futuristic monk or high priestess of dance. 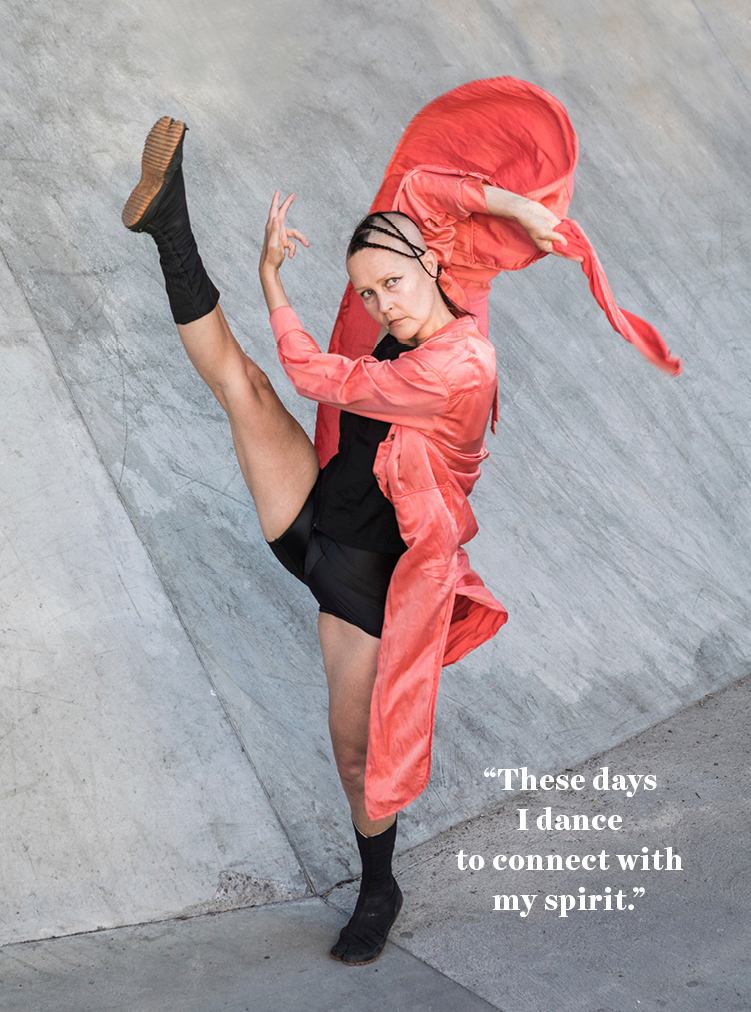 She attributes her career longevity not to ironclad willpower or brutal workouts, but to an attitude of gentle compassion for her body – she takes ample time each day to fine-tune her most precious instrument.

Although her schedule grows hectic before a premiere, she tries to follow a relaxed routine: After waking up to music, she spends an hour reading books “to massage the brain,” and does yoga for one hour before rehearsals.“I need a ‘holy moment’ to start each day,” she says.

Although the body of a mature dancer may not bend to vertiginous leaps, Pahkinen is living proof that the show goes on, stronger than ever, after 50.