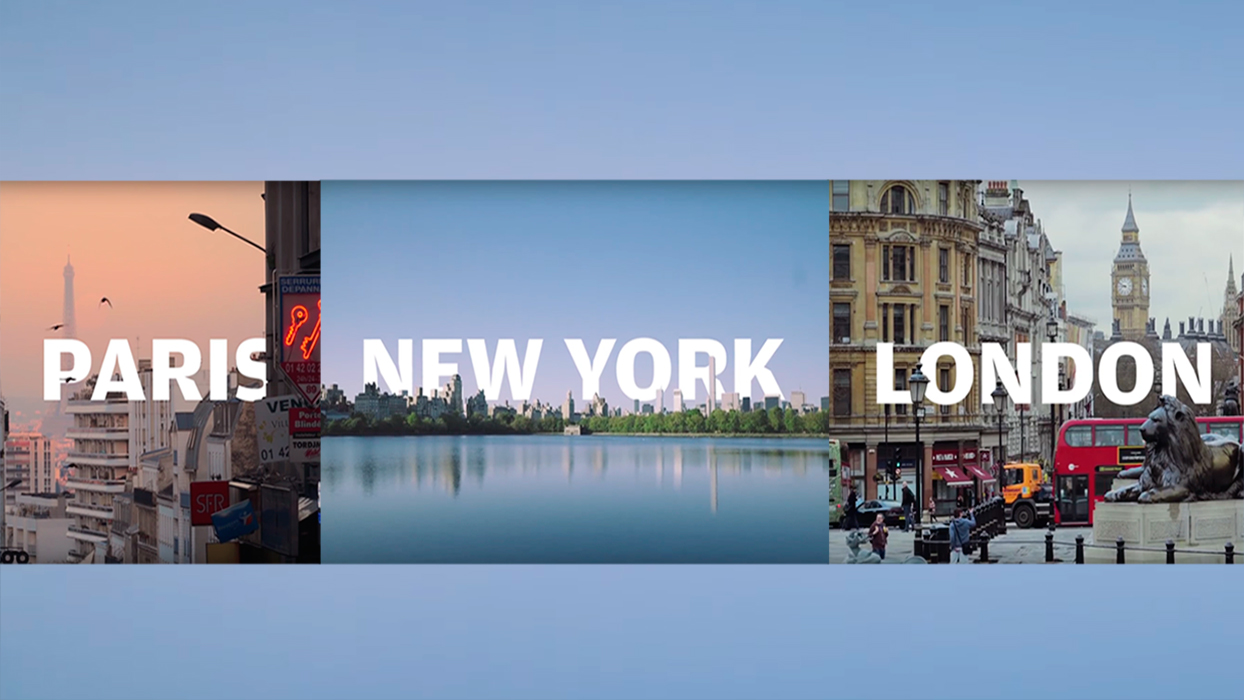 Tuomas Merikoski, Claudia Cifu and Sandra Hagelstam are ambassadors of Finnish fashion. And although the trio no longer lives in Finland, they are sure to leave an indelible mark on their adopted cities.

Fashion designer Tuomas Merikoski has lived in Paris since 2001. After 14 years first working for the French luxury brand Givenchy, and then for Louis Vuitton, he has finally realised his dream of creating something truly his own. Aalto International was launched last year, and both press and buyers have welcomed the new label with open arms – it already sells in over 40 shops around the world.

When working on his first collection, Merikoski went back to his roots to find out what it really means to be Finnish. However, he deliberately wanted to move away from that clean, flawless image of Finland. So he drew inspiration from photographer Jouko Lehtola, and thus his collection is a nod to the expressive youth culture of the ’90s.

Merikoski sees it as crucial that his brand is located in Paris because of its undeniable clout among the fashion crowd.

The Broken Arm
Haven for fashion shoppers, with a cool café on site.
the-broken-arm.com

Fondation Louis Vuitton
Opened last year, the museum is worth a visit if only to see Frank Gehry’s thrilling architecture.
fondationlouisvuitton.fr

Restaurant Au Passage
I go to this restaurant when I want to enjoy a relaxed, Parisian meal.
restaurant-aupassage.fr

La Trésorerie
As its name suggests, this is a treasure trove for homeware and kitchen items.
latresorerie.fr

Claudia Cifu photographed in Brooklyn, where she currently lives.

Last year New York was crowned the world’s reigning fashion capital by the Global Language Monitor, an Austin-based trend monitoring company. It is indeed a city of endless opportunities – and that’s precisely why stylist Claudia Cifu decided to move back to where she studied fashion when she was younger. Over the past four years she has worked as an in-house stylist for Madewell and is currently freelancing for magazines and also working for big fashion brands such as Old Navy and Ann Taylor.

Cifu lives in Brooklyn in the up-and-coming neighbourhood of Clinton Hill, where she often gets together with colleagues and photographers to talk about the latest happenings in the industry. She’s inspired by the cultural diversity of New York and the diverse mix of people she meets.

Cifu says she still gets goose bumps when she sees a great fashion show but insists that she’s actually more into style than fashion.

“Fashion is more about who’s wearing this season’s trends. Style is something that is harder to pigeonhole. It’s a sum of many things – something you can look into and study.”

The Smile
I like to meet with colleagues and friends here to talk about what’s happening in the industry. The food is American with a Middle-Eastern vibe.
thesmilenyc.com

Tokio 7
Great designer finds can be made at great prices for both men and women at this seasonal second-hand store.
tokio7.net

Narnia Vintage
Another great vintage store: no designer labels, but outfits from many decades from around the world.
narniavintage.com

Olea
I go to this Mediterranean restaurant all the time but I never get tired of it. Next door is the Brooklyn flea market every Saturday.
oleabrooklyn.com

Fort Greene Park
I run and cycle in the park – it gives me energy. On sunny days it’s full of people having picnics or BBQs.
fortgreenepark.org

Sandra Hagelstam likes to embrace Finnish nature in her photos.

Sandra Hagelstam started writing her blog 5 Inch and Up five years ago. Back then, as a fashion student in London, having a visual diary seemed like a nice idea, though blogging wasn’t exactly embraced by industry insiders.

Working as a full-time blogger – or what she likes to call ‘social media influencer’ – Hagelstam gets hundreds of thousands of visitors each month eager to see what she is up to.

Life gets particularly busy during the bi-annual fashion week season, when everybody wants to know what their favourite bloggers are wearing and which shows they are attending. Hagelstam is well aware of her influence. “Many brands and designers use pictures of bloggers on their mood boards. We are part of each stage from inspiration and marketing to actually selling the product – it works in a circle.”

Dover street market
This concept store is well-known but never fails to amaze. I like to have a coffee at the roof top restaurant.
doverstreetmarket.com

LN-CC
A hidden gem in East London: Visit the concept store online and then book an appointment.
ln-cc.com

Malone Souliers
Stocked by Matches and Harvey Nichols, this new shoe brand is the latest darling of the industry.
malonesouliers.com

The Ivy Chelsea Garden
This restaurant has become a favourite of mine. I like to enjoy a light lunch with a Bloody Mary in the garden.
theivychelseagarden.com

Eclipse Bar Chelsea
The legendary watermelon martinis in this intimate lounge are a great way to kick off a Friday night.
eclipsebars.com

This article is published in the October 2015 issue of Blue Wings.

Dance like your life depends on it
Top five places to escape the rat race in London
5 reasons to love airport lounging
Flashback Friday: Who wears what in the skies
Three Finnish textile print designers you should k...