Why Nordic flowers are hot stuff

Not just pretty adornments, Finnish flowers are also packed with healing and healthy properties. We visit two farms to see why floral goodness is all the rage.

Following a gentle rain, rays of sunlight illuminate the water-speckled leaves of the lush green bushes lining the path leading to the Frantsila Wellbeing Centre in Western Finland. On the steps of the historic yellow wooden building housing the centre, Virpi Raipala-Cormier greets guests who have come to get acquainted with Frantsila’s natural scents and skincare, and embark on a retreat that includes yoga, meditation, and healthy eating.

With her warm smile and long flowing hair, Virpi carries the aura of a beautiful ’60s hippie. She and her Canadian husband Jim Cormier, pioneers of the organic herb farming movement, started up the Frantsila Organic Herb Farm in 1981 here in Hämeenkyrö, where her family has been farming for close to 300 years.

“Nature gives us so many healing plants that we can use for our own wellbeing, whether for food, medicinal, or skincare purposes,” says Virpi. 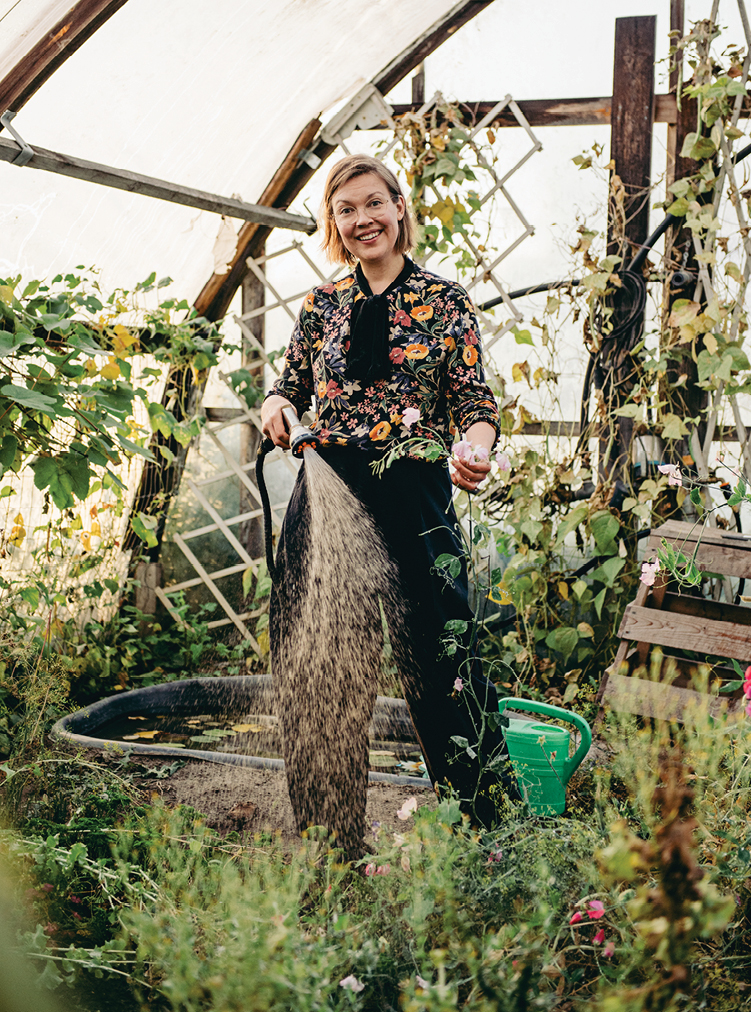 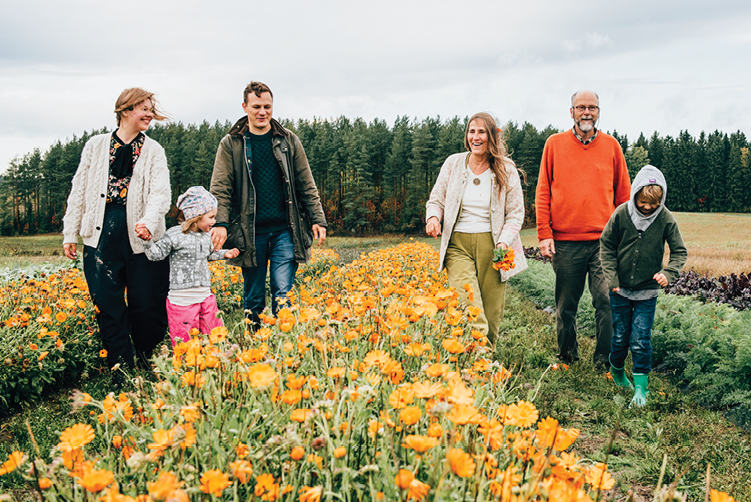 The family-owned business retains a down-to-earth, hands-on approach to everything they do. Today, two generations of the Cormier family work together. Virpi is in charge of product development and education, while her son Jupiter Cormier, who has been working for the company since 2009 in various roles, is the CEO; his wife Anna Karhu-Cormier, a printmaker and poet with a diploma in phytotherapy, is the creative director.

They grow and harvest each element of their product range that comprises of lotions and essential oils, shampoos, soaps, and tinctures.

“Growing our own ingredients gives us full control of our plant-based ingredients from seed to product,” says Jupiter, who holds a master’s degree in international politics from the University of London. “We have 38 years of experience of growing herbs at an extreme northern latitude that produces some of the hardiest and highly potent plants on the planet,” he adds.

Available throughout Europe and Japan at good stockists, Frantsila’s products will soon be sold in Korea and the US. Their newly launched web shop delivers throughout Europe with the goal of expanding delivery to cover the world.

While Frantsila has close to 200 products in its range, Virpi and Anna are continually working on product development along with new ideas for the Wellbeing Centre. 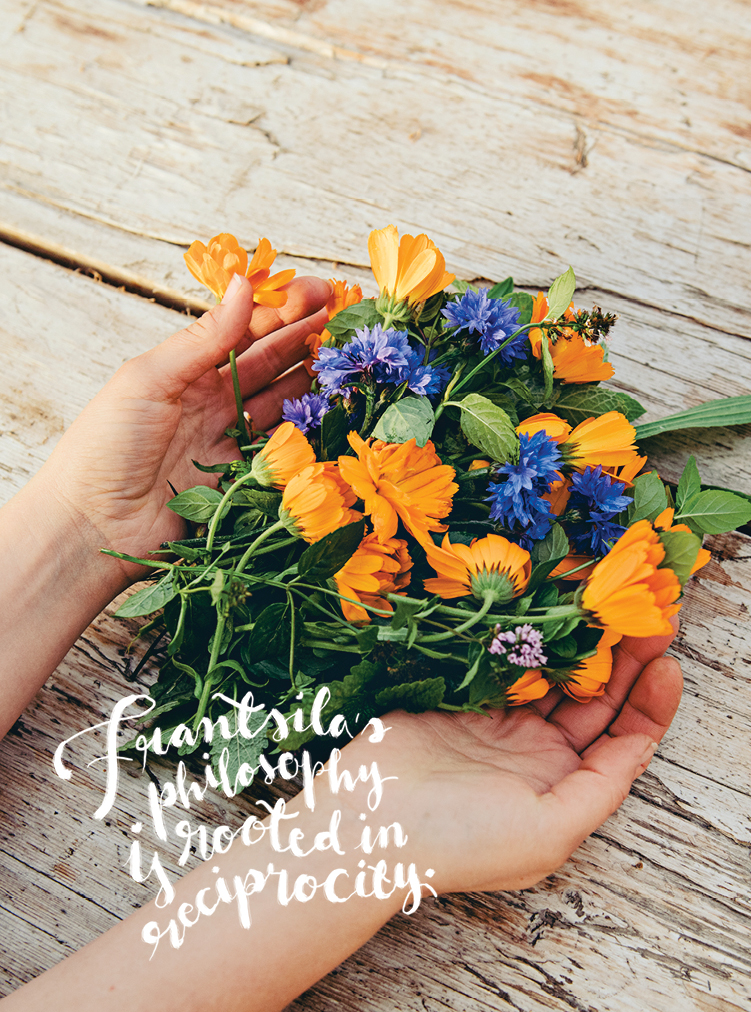 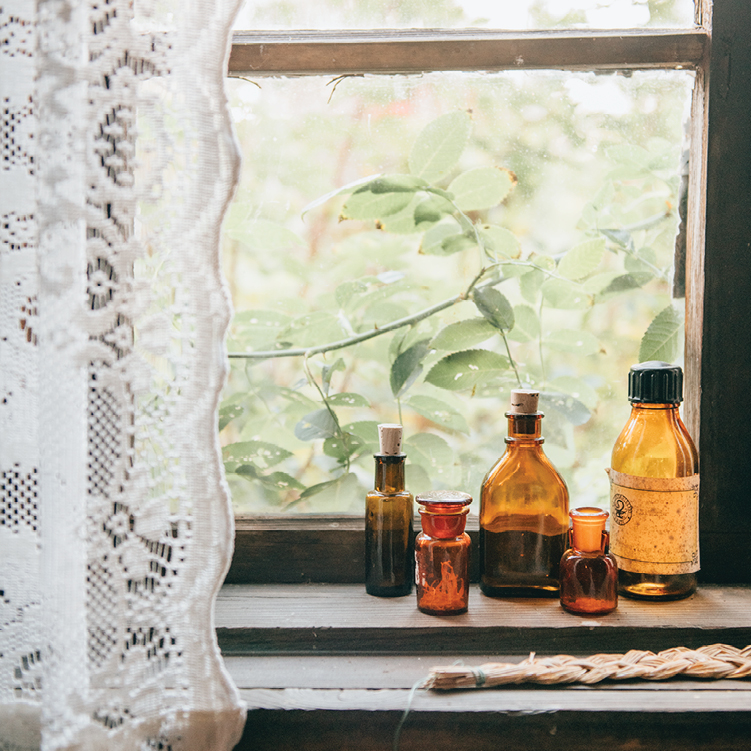 The Frantsila philosophy is rooted in reciprocity, which means that all healthy relationships are based on a cyclical process of taking and giving back.

“We take leaves, flowers, and roots from the plants we grow to preserve and extract their bio-active ingredients, which we then use in our beauty and wellness products. We give back to nature by caring for our herb and flower fields in a way that respects the biodiversity of the local ecosystem. This then benefits the tens of thousands of insects and other animals, including humans,” says Virpi. “This holistic approach is at the core of everything we do.”

Red watercress, mini oxalis, curly kale baby leaf, oyster leaf, liquorice cress, mini thyme… it’s a list that reads like a poem about a vegetable patch. But it’s actually a few of the names of shoots grown at another family-owned institution, Mimi’s Kotipelto Garden in Nousiainen, about 160 kilometres southwest from Frantsila.

Leading restaurants such as Hong Kong’s FINDS, focused on Nordic cuisine, and Michelin-starred Arbor order their edible garnishes from Mimi’s.

“In Asia, colourful flowers such as pansies and nasturtiums are popular, along with red water cress and coriander,” says Niko Honkanen, who is the CEO and managing director of Mimi’s.

Pirjo and Tapio Mönkkönen started Mimi’s in 1997 as a cucumber farm, which later expanded to cresses, herbs, and flowers, now the mainstay of its many greenhouses with more than 100 different species in production. The Mönkkönen’s are Niko’s in-laws; he is married to their daughter Sanna Honkanen, who runs administration and foreign sales for the company, while Pirjo, a gardener, is responsible for cultivation and new products, and her husband Tapio ensures that all the equipment at the gardens works properly.

Hong Kong is currently Mimi’s largest Asian market, and Niko says that they will expand to Japan in the final months of this year. 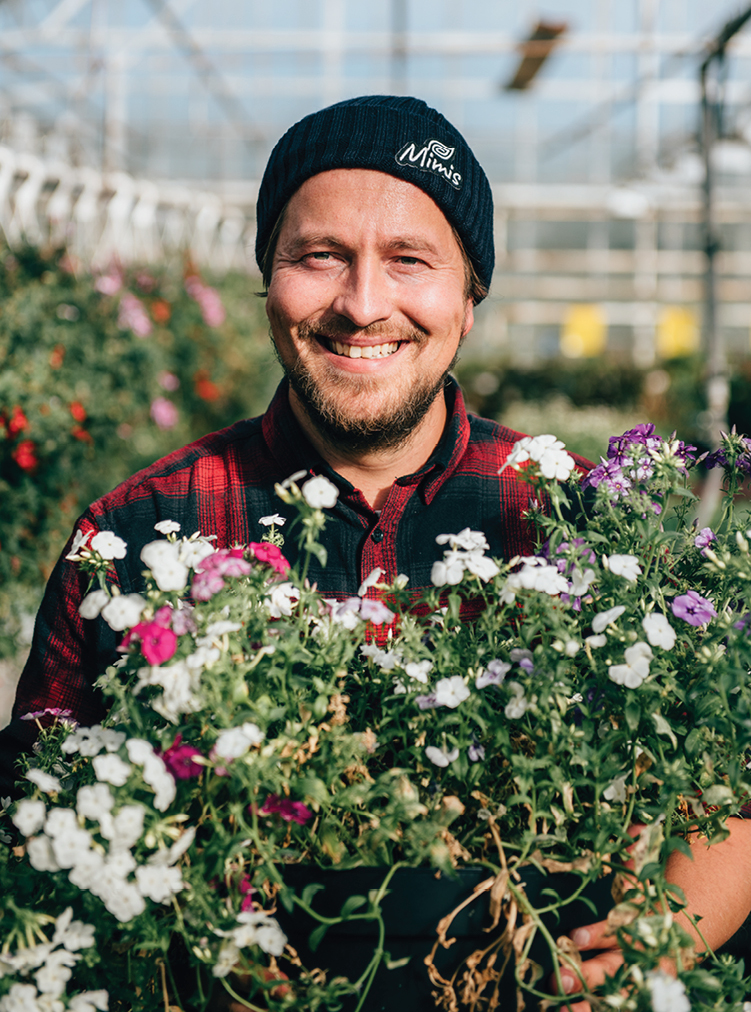 In Finland, top Helsinki restaurants including Michelin-starred Olo, Demo, Grön, and Ora are all customers of Mimi’s. According to Niko, the most popular shoots and flowers used by these restaurants are rucola, horn herb, rye flower, and dill flower.

Niko says that the popularity of a plant-based diet has positively influenced business growth.

“Shoots are healthy and full of vitamins but they’re also tasty and beautiful – one flower can change a meal. Especially on social media when people want picture-perfect portions, the right flower or shoot can transform the appearance of a dish,” says Niko.

Their new web store recently opened for individual consumers, who can now purchase herbs, shoots, and flowers that were previously only available to restaurateurs. The next step for Mimi’s is a greenhouse restaurant on their farm slated to open in the summer of 2020.

What’s next in Finnish design?
Take a field trip through handmade Helsinki
Good to know
Who’s behind Finland’s fashion scene?
Lessons in courage by Finnish explorer Patrick Deg...
How to teach empathy to computers