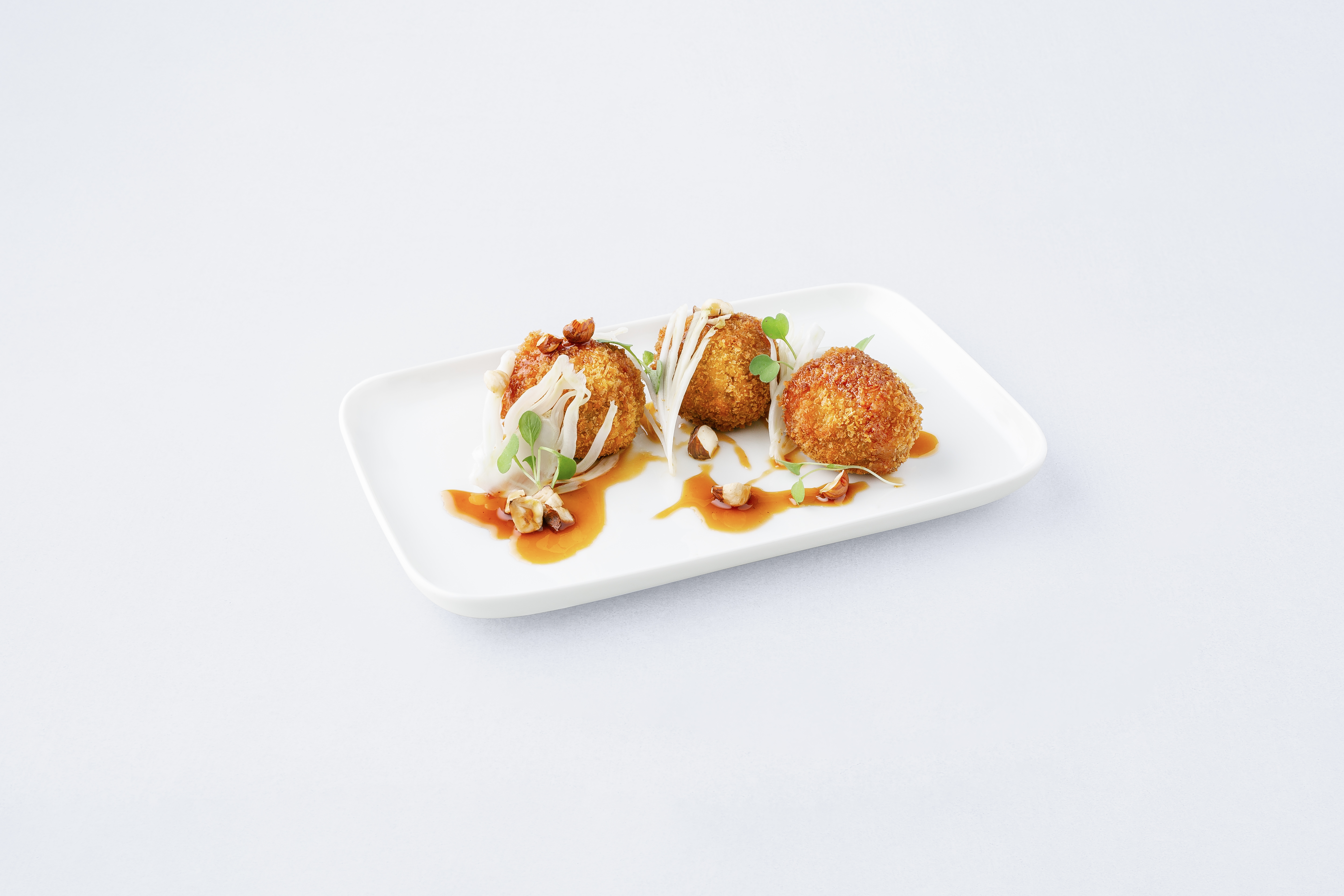 Michelin-starred chef DeAille Tam brings Chinese influences onboard all of our long-haul routes from Greater China to Helsinki.

Michelin-starred chef DeAille Tam, born in Hong Kong and raised in Canada, brings together her Asian background with Finnish influences in our newest Signature Chef menu. 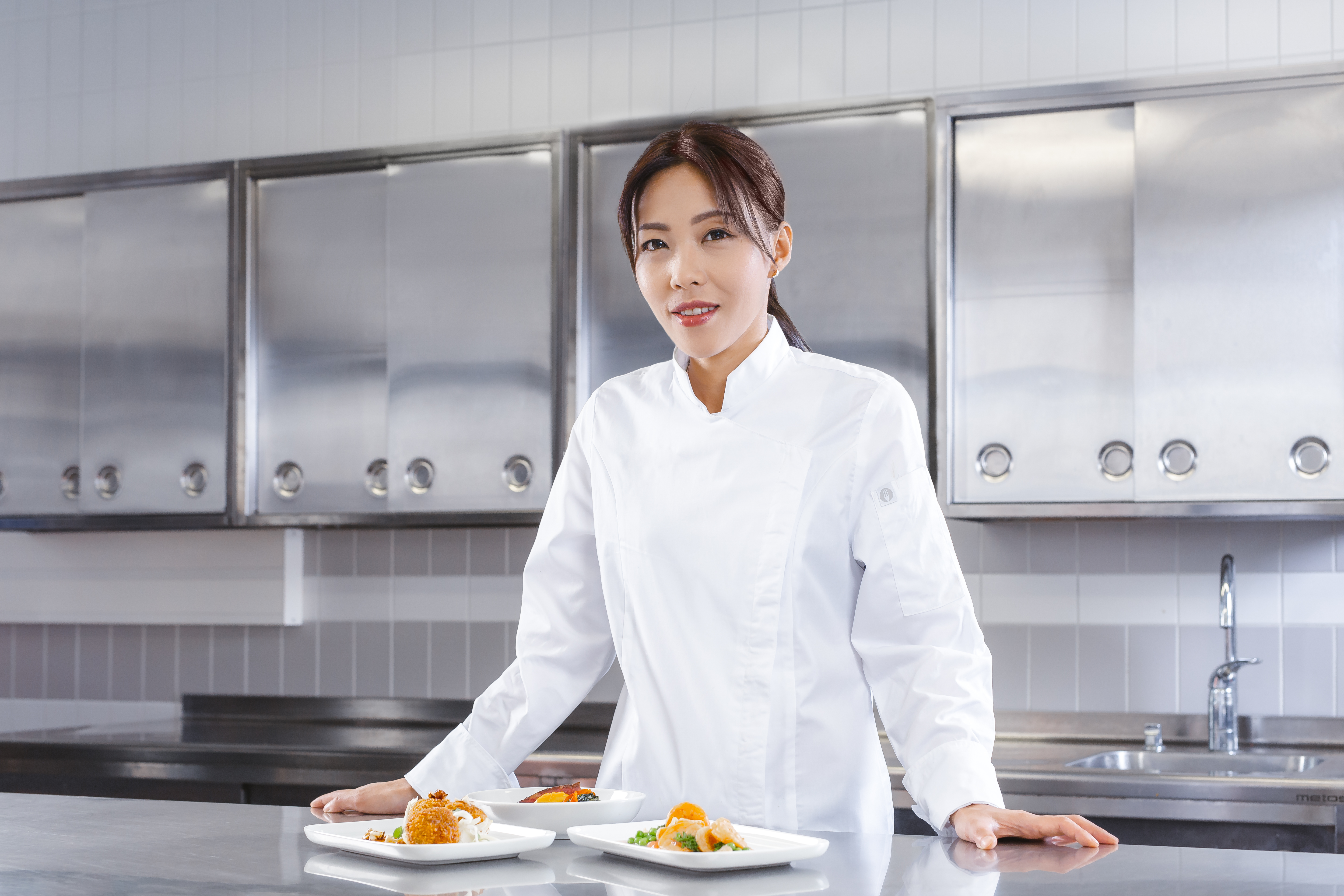 For one of the appetizers, the vegetarian option, Tam uses osmanthus, which is popular in Chinese teas. Along with poached cherry tomatoes, seasonal local micro greens, and some feta cheese, there’s a surprise twist. 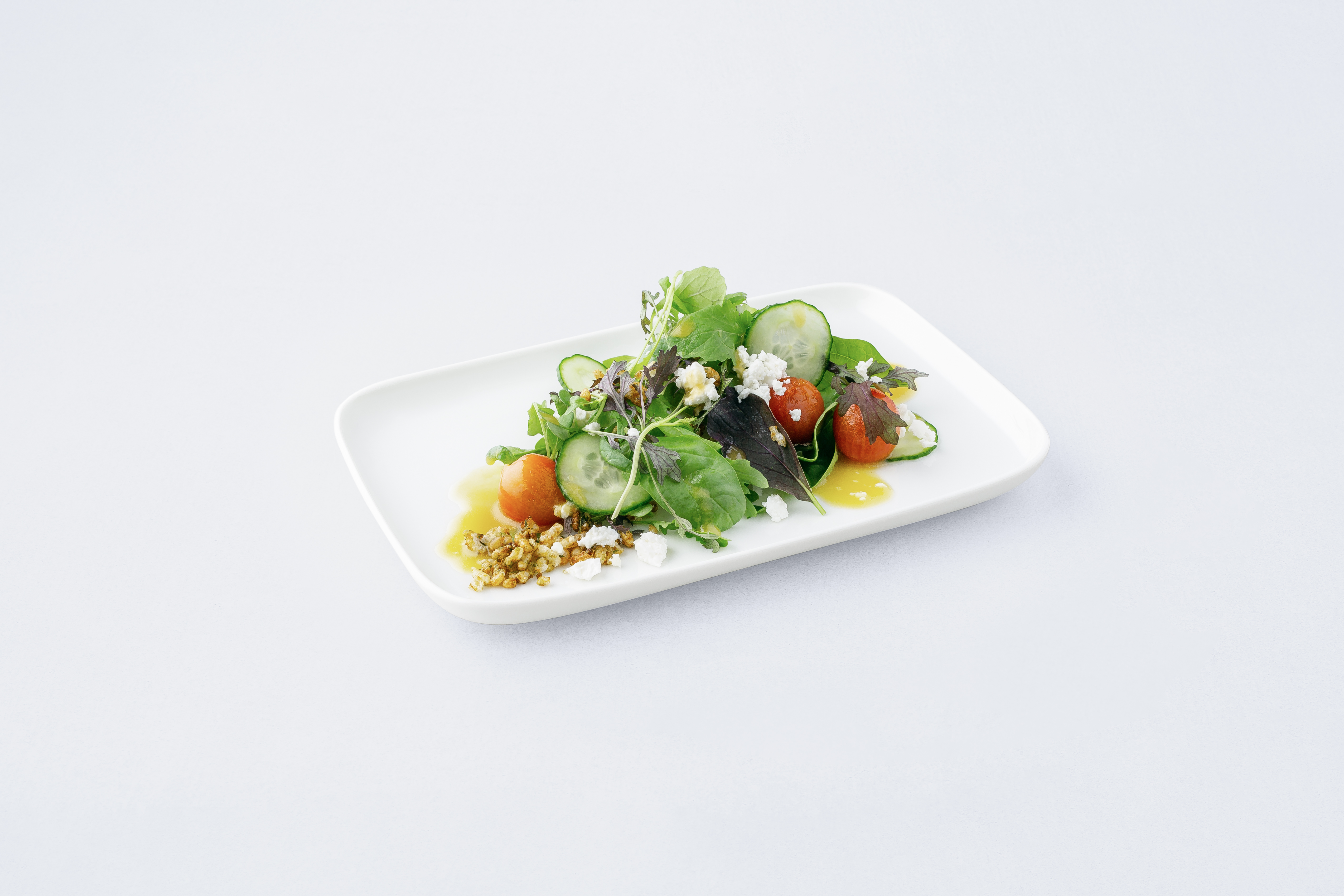 “I understand in Finland there’s a lot of oats and cereals, so in the granola I have adopted some Chinese elements such as Chinese olives, and there’s a bit of honey and roasted garlic. We replaced the oat with puffed rice, so it’s kind of crispy and savoury, which gives the whole salad a bit more texture,” says Tam.

For the three main courses – a meat, fish, and vegetarian option – Tam was also inspired by marrying Nordic and Asian flavours. 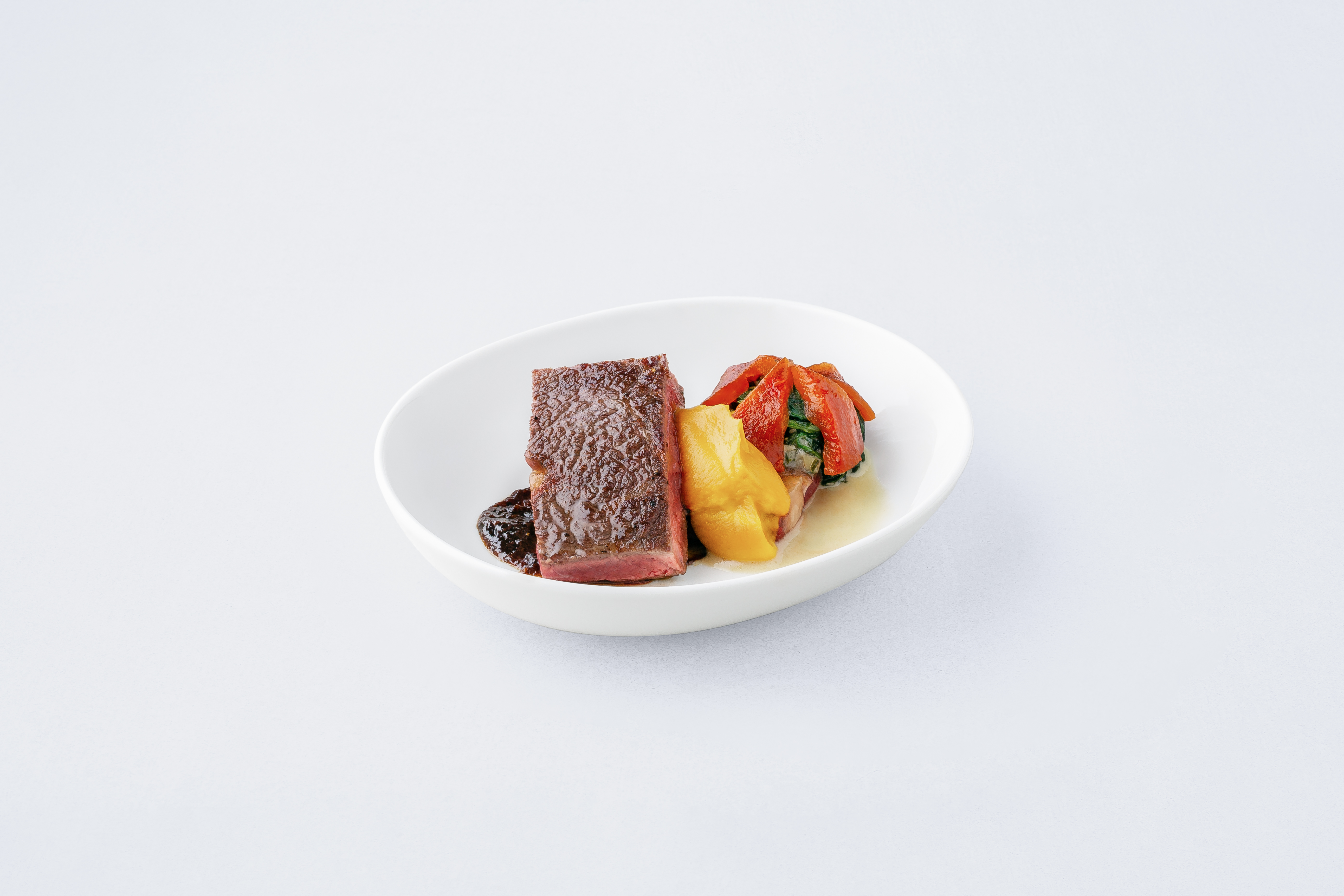 “I’ve been astonished by Finnish mushrooms, so the vegetarian choice is a porcini. I powdered it and made it into Chinese noodles so the flavour is almost like a pasta but without the egg yolk, so the result is very mushroom-y but with earthy notes,” she says. 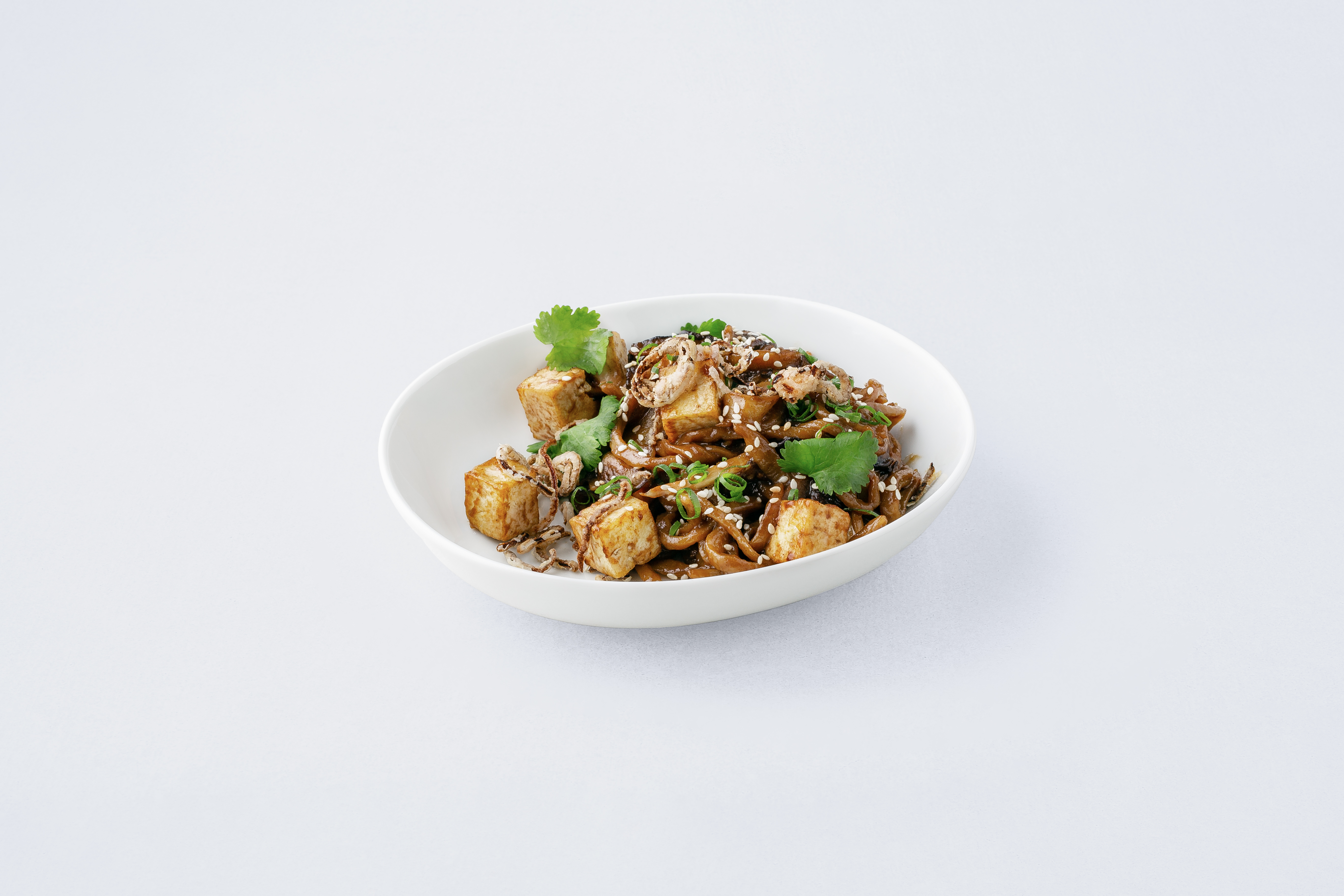 Tam, who is based in Asia, works for three-star Michelin chef Alvin Leung and has been based in various locations in Greater China over the past seven years since she and her partner chef Simon Wong took jobs with Leung in Hong Kong seven years ago with Leung’s prestigious Bo Hong Kong restaurant. At his Bo Shanghai restaurant, she and Wong earned their first Michelin star in 2018.

“My passion is to bring Chinese cuisine to a broader audience.”

“My passion is to bring Chinese cuisine to a broader audience.”